Since I started writing this blog 3 weeks ago, I have become an inveterate note taker. For someone who has previously, only on the very rarest occasions, written stuff down, this is quite a volte-face. 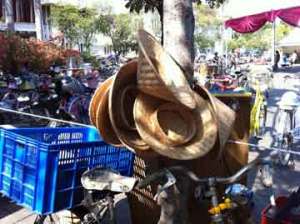 I have never written ‘lists’ shopping or otherwise. Instead I’ve chosen to juggle a hundred million things in my head, make mental lists/notes and then scratch my head and wonder why I’m always forgetting things. I put my hands up and I’ll say it OUT LOUD – My life at times is shockingly disorganized! Any right-minded person if they were to be moving hook, line and sinker to the other side of the world might take the time and trouble to sit down and make a list of things that they wanted to take with them. They would also have a carefully planned diary of important dates running up to their imminent departure – I am pretty sure that one of the important dates might include noting in a diary or at the very least, a scribble with eye-liner on the kitchen wall calendar, the date and time that the International packers and removals men were coming to help pack up their belongings to ship to the other side of the world. No, not me. This is why, on the very day when the packers, complete with wooden grates, packing cases, 100 rolls of packing tape, and a pantechnicon arrived on our doorstep, I was 20 miles away doing something else. The reason I was somewhere else?  I had forgotten.

I don’t believe it’s arrogance that I’ve never written lists, it’s just not a routine that I’ve ever got into, and despite bringing up 5 children and all that entails, I have never kept a kitchen calendar or diary to write down dentist appointments, school plays, term dates, etc. I’ve just kept it all ‘up there’, until now. 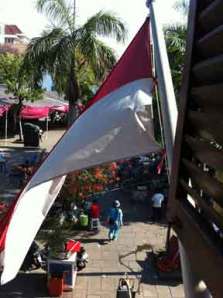 After we had been living in Jakarta for a few days, I decided that I would start writing a blog. The last time I attempted to keep a journal was when I was 10 years old. A kind elderly relation, one Christmas gave me a 5year Diary complete with tiny padlock and key. I thought it was the most beautiful thing and I couldn’t wait for January 1st 1973 to start writing in it. The 1/5th of a page wasn’t nearly adequate enough room to jot down my daily musings, so instead I used the entire page, as my reckoning was, that 5 years was a lifetime away and I had so much to say in the meantime. One day my Mother confessed to me that she had read my diary and started teasing me about some of the things that I had written. I was so angry, and so upset that my most private innermost thoughts and feelings had become the butt of her jokes that I vowed that I would never, ever, write a diary again. (I hasten to add that I adored my Mother and I did eventually forgive her). The idea behind starting my blog was to write it as a sort of diary for our kids back home to read, and help them keep up to speed with all that we are doing. If other people enjoy reading it too, and it entertains, and informs, then I am extremely happy to share my experiences with all of you too, and I feel honoured that you have taken the time and trouble to do so.

It became apparent very early on in writing the blog, that due to having the memory of a goldfish, I would absolutely have to change the habits of a lifetime, and start writing things down if I was to give a proper account of our life here. Everyday there has been so much extra information to process aside from the everyday stuff that I’m used too to ‘carrying around in my head’ that I now in theory, carry a small notebook around with me wherever I go. The only problem is remembering to put the damn thing into my bag. Many times we have gone out and I have had to resort to writing thoughts, names, places, funny observations, etc down on paper napkins, back of till receipts, even the backs of my hands.

I guard the receipts and paper napkins with my life until I need to refer back to them to use in my next blog. This is not failsafe in any way, shape, or form, as I have had to resort in emergencies to using my precious notes written on paper napkins to wipe my arse with more than a couple of times. One of Jakartas most notable problems from a woman’s practical point of view is the dearth of lavatory paper in any toilet other than one’s own. It may be partly because loo paper cannot be disposed of down the toilet due to the basic plumbing, so instead has to be dispatched into a smelly bin (and who wants to be the one to deal with that in a public lavatory?) Rather than paper, for ones ‘convenience’ there is an appliance by the side of the toilet that resembles a high, pressure hose similar to one’s found in a Drive-in Car Wash. I am sure there is a way to use this extraordinary piece of kit without flooding the bathroom, or doing serious mischief to one’s internal reproductive organs but I’ve as yet to work it out.

Pedro and I were in our local bank the other day sorting out our affairs. Having been stuck in traffic getting there, and then sitting for well over an hour while form after form was being filled out, there came a point where crossing and uncrossing my legs was doing nothing for my full bladder, and despite being distracted by a Cockerel madly crowing in a basket somewhere in the queue at the counter, I needed to pee and I needed it fast. I asked the bank manager if I could use the toilet and was ushered through a series of security doors to the staff area. Oh the relief!… but it was very short lived, as when I looked around, there was no toilet paper. I opened my stuffed to overflowing handbag, and prayed that right down there in the detritus, somewhere in the bottom of it there might be some hidden precious ‘serviette note takings’. Alas this time, I was right out of luck. I’d had to use them on my last foray to a public convenience. There was nothing for it; I was going to have to use THE hose. Tentatively taking it off it’s coupling, I squeezed the trigger – within seconds, a blast of water had squirted everywhere, up the walls, all over the floor, all over the toilet and, worst of all, all over my jeans especially around the crotch area. I walked back to the Banks reception area where we had been sitting and all eyes followed me as the Bule, who clearly hadn’t quite ‘made it in time’ went back to her seat. 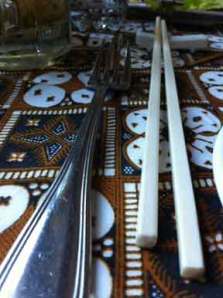 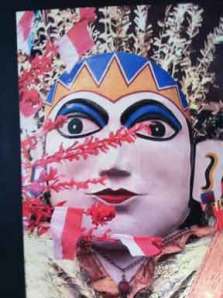 4 thoughts on “Irma, My Douche”