When I was a little girl around the age of 6, or7, my Father brought me a Scratch and Sniff book back from one of his visits to the States. I was absolutely enchanted as I had never seen anything like it before. I spent hours scratching and sniffing the pictures of strawberries, chocolate cake and candy canes, inhaling their chemical aromas until I felt quite sick and each smell became blurred into the next page. Of course none of the images smelt anything like they smelt in real life but that just added to the mystery and magic, and because I didn’t want the magic to disappear I reasoned with myself that maybe this was because these things really did smell like that in the faraway land called America, from whence my book had come. 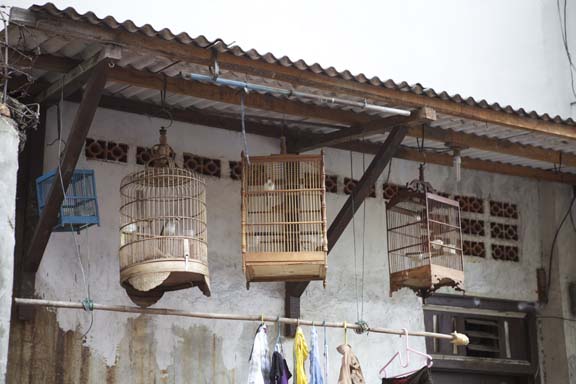 Just recently it occurred to me after reading some comments left on my blog and things that friends have said in their emails, that it doesn’t matter how many photos I take, or how vividly I try to portray my surroundings or articulate accounts of my experiences here, there are still two very vital elements that are missing. 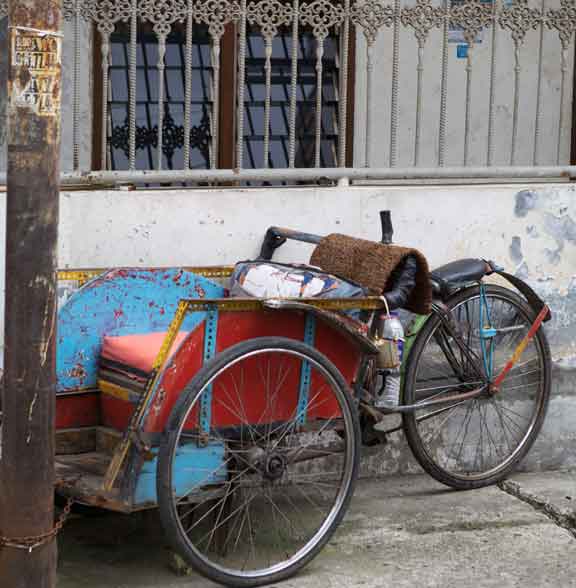 One of them is smell and the other is sound. If I could make a Scratch and Sniff/Audio Visual blog I would be beside myself with excitement but as yet, as far as I’m aware a Scratch/Sniff app doesn’t exist which is very annoying. You are going to have to imagine how wonderful it might be to bury your nose into a photograph of frangipani and be intoxicated by the rich, heady perfume of the flowers. Imagine how fantastic it would be if I could share a photograph of a plate of Ayam sate or Gado Gado that you too could then scratch, sniff and drool over the delicious peanut sauce, and juicy grilled meat, just as I did with my American strawberries years ago.

The flip side of the scratch/sniff coin and I have to be honest here, is that there are some rather less than fragrant smells. For example, should I post a photograph of an open sewer, or gutters filled with shit, or mountains of garbage, or the odour of 200 armpits on a hot over crowded bus? I fancy that not many of you would be up for scratching and sniffing those ones?

The point of all of this, is that all of these new smells, whether putrid, pungent, intoxicating, mouthwatering or whatever they may be, are the key difference between my sensory life here in Jakarta and my old life back in London. Sure, London has some pretty rank odours emanating from it at times, but there’s nothing quite like heat, humidity and mass overcrowding to really get your nasal hairs standing on end. The worst offender in the olfactory sense is the pollution. It is such a massive problem here, and it’s presence so acrid that you can actually taste it.

Take over 10 million people and put many of them behind a wheel or on a scooter, then factor in no city trains, trams or underground transport system as backup, and you are just asking for the hazy toxic cloud of asthma inducing pollution that hangs over this great megapolis. As if the exhaust fumes and lead in the air wasn’t enough, bonfires are frequently lit to burn the household refuse and general debris as there is little or no adequate system of refuse collection.  Recycling seems to be non existent except in the case of the people I see daily trying to eek a small living by scrabbling around through the mountains of filth and waste to collect plastic bottles to sell on. If they are lucky enough to find one kilos weight of bottles their reward for sifting through muck with bare hands is 3,000 rupiah which is the equivalent of £0.23p It is truly heartbreaking to watch and heartbreaking too that nothing is being done to support a much needed re-cycling system in this city. (I’ve seen men wade waist high in filthy rivers with nets, searching and scooping, if they are fortunate enough to find them, old plastic bottles out of the mud on the riverbed)

Depending on how you feel when you read my views of Jakarta, it may be for the best that I can’t bring you the scratch and sniff side of things. However, the good news is that I’m hoping to get the audiovisual side sorted with a short video clip of the sights and sounds in my locale. I would do it singlehandedly if I knew how to work all the components but I don’t which is an absolute bummer as I have to call in favours from my technician aka The Irishman. Annoyingly he often has to bail me out with the technical stuff and if he was around today I’d bully him into making a film with me that I could then proudly put up on my post in all it’s glorious technicolor. I promise, hand on my heart that a video will be coming soon to a laptop screen near you.

For the moment in lieu of the audiovisual, here is just a brief description of all the things that I can hear as I sit writing this in our apartment.

Scooters, whose collective sound is just like a disturbed hornets nest, buzz angrily away as the traffic lights change from red to green and amongst this cacophony, shrill, eardrum splitting whistles are blown by the police in an attempt to control the chaos and mayhem. Jakarta never sleeps, so day and night the traffic drones on regardless of what day of the week it is. Above the persistent din, and amidst the rough and tumble of urban living, I can also hear the incongruous sounds of cockerels crowing, goats bleating, and an occasional cow mooing.  I’ve mentioned before the wonderful sound of the call to prayer five times a day, courtesy of the six mosques that surround us. 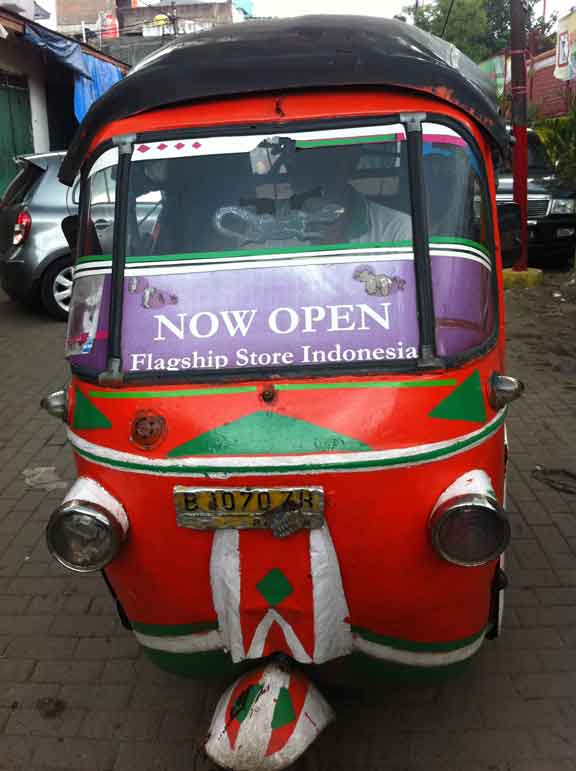 It’s a pleasure to watch and listen to the turtledoves that perch on the balcony railings outside our sitting room. They preen and coo, preen and coo and then suddenly, startled by a mewling catfight in the alley below, flap their wings and off they fly. Sometimes in the mornings set against the steady drip, drip metronome of our leaking shower, I can hear somebody upstairs doing piano practice.

In the afternoons as the wind picks up before the monsoon rain, the torn and battered, corrugated iron roofs of the neighbouring shanties, start to shake, and then rattle violently like kettle drums as the wind whips itself up and beneath them and threatens to rip the worn tin sheets from their batons.

2 thoughts on “Scratch And Sniff”