When I was young, my mother was very keen for me to learn Dutch. In fact she was so keen for me to learn her Mother tongue that she bought me back lots of Dick Bruna * books from Holland in the very real hope that by my reading them assiduously, the words would then slip effortlessly into my unconscious and become part of my everyday speech. Her plan worked in so far that I loved the books and spent hours looking at the pictures, but it failed abysmally on the language front. Not being someone easily to give up on something, my Mother then paid one of the teachers at my kindergarten who was also Dutch, to give me lessons at break times. Sadly, that plan didn’t work out at all, as I just fidgeted about as I wanted to be outside playing with my friends. Mum’s next tactic was to try to teach me Dutch herself. She’d left this one to the last as I think she knew how utterly hopeless it was going to prove. In the end she became so infuriated with my fits of laughter whilst trying to mimic her guttural sounds that she finally gave up and that is why I have never spoken a word of Dutch apart from the two swear words that I did manage to learn from her as she used them rather frequently. (* Did you know that Dick Bruna’s characters, Miffy in particular, were influenced by his love of Matisse? – Art factoid over) 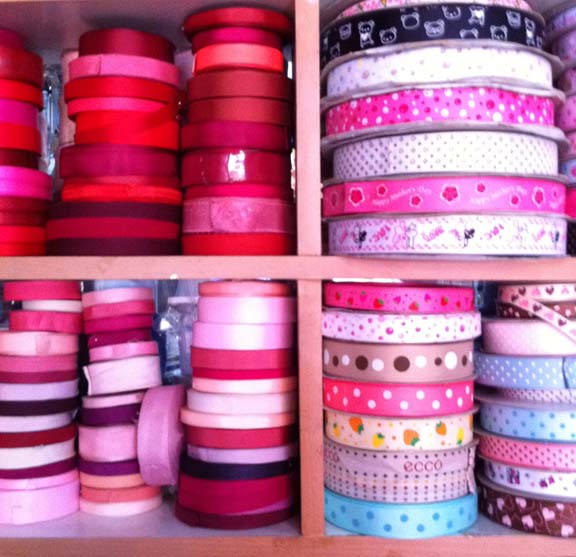 At school it was compulsory to learn French. Now, if someone had taken me aside all those years ago, and told me that learning French would make it tres facile for me to chat up handsome French boys on summer vacations, then I might very well have taken to my language studies with rather more gusto, but alas, nobody bothered so instead I mucked around at the back of the class, and gossiped with my best friend about the torrid affair Mademoiselle Brigitte was having with our English teacher. This all started one Monday morning after we noticed that Mme had a massive love bite on her neck which she foolishly thought she could hide with a jaunty silk scarf.  Our suspicions about her affair with the English teacher were later confirmed when she was seen driving away with him in his sports car no doubt to some secluded location for their illicit love making. We were terribly jealous. 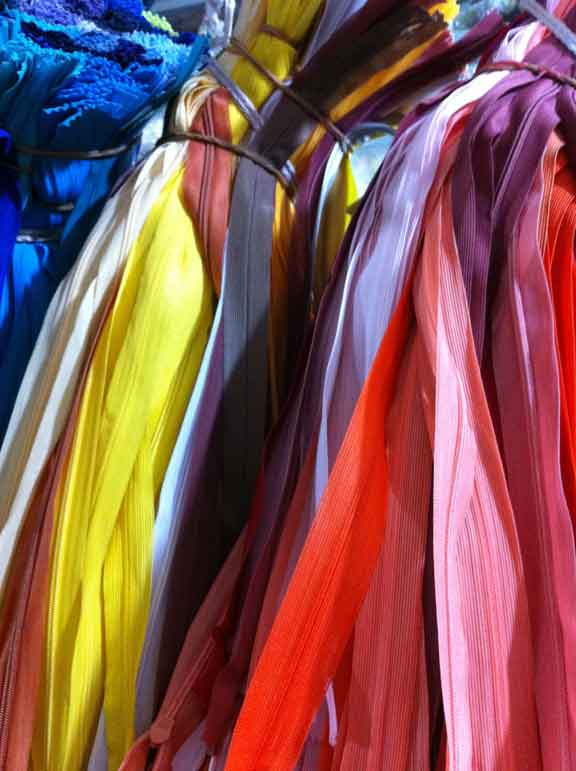 Anyway Mademoiselle Brigitte aside, in my next school I had a brief stab at German. I only chose the subject because I was told that those who studied German got to have German lunch once a week. In my greed, and my haste, I signed up for it as I thought that it meant that you actually got a proper German meal, as in wurst, sauerkraut, Black Forest gateau, the works.  Imagine my horror then when I found out that it was in fact just an evil way to trick us German students into being stuck in a separate room away from our peers with the German teacher and having to endure a full hour of speaking Deutche whilst sat in front of a pile of grey, lumpy mashed potato. I felt so cheated that I gave up German after just one term.

A few years later during my gap year, and after leaving school, I took a job in Paris as a live-in English teacher for a young unsuspecting couple. I had been hired to teach Franklin, the husband, English because apparently I have a ‘tres snob’ accent and Isabelle his wife who was I later discovered, the most fearful snob, was very keen that her Franklin should have no trace of a regional British accent when speaking L’Anglais. I had fallen on my feet with this ‘job’ as during the daytime I went to a very bohemian art school, and in the evenings after doing  just a few chores around the house, and making dinner for them, I would then sit down, wine glass in one hand, cigarette in the other and endeavour to have conversational English classes with Franklin in the sitting room. After a few minutes of hearing Franklin and I roaring with laughter, Isabelle would then storm into the room and tell Franklin off in no uncertain terms for not paying more attention in my lessons. In defense of Franklin and in all fairness to both of them, I really was the most terrible teacher; my lessons had no structure and no discipline whatsoever. Isabelle spoke perfect English and she was also doing an MA in Japanese when I was living with them. Often at weekends she would stay at the apartment and study, while Franklin, at a bit of a loss as to what to do, would take me off to watch porn films in seedy cinemas round the Pigalle area. I thought this was terribly sophisticated and exciting, and what’s more, not only did it enhance my French language skills no end, it also taught me quite a few other useful tips as well. 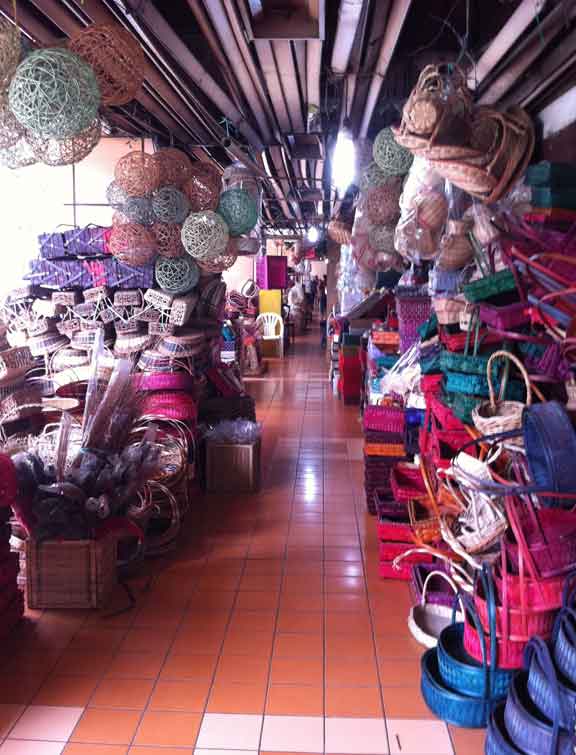 As you may have gathered, learning new languages is not one of my fortes. For the first time in my life I genuinely want to learn the language of the country that I am living in.  I am struggling to learn Bahasa Indonesian and I find it deeply frustrating as I long to have a natter with the locals and share a joke. Indonesians have a wonderful sense of humour so its very annoying not to be able to give it back when I’m being teased or to be able to say to the man in the corner shop, ‘please stop staring at my tits’ in perfect Bahasa. I’m working on it, but it’s still too slow for my liking. 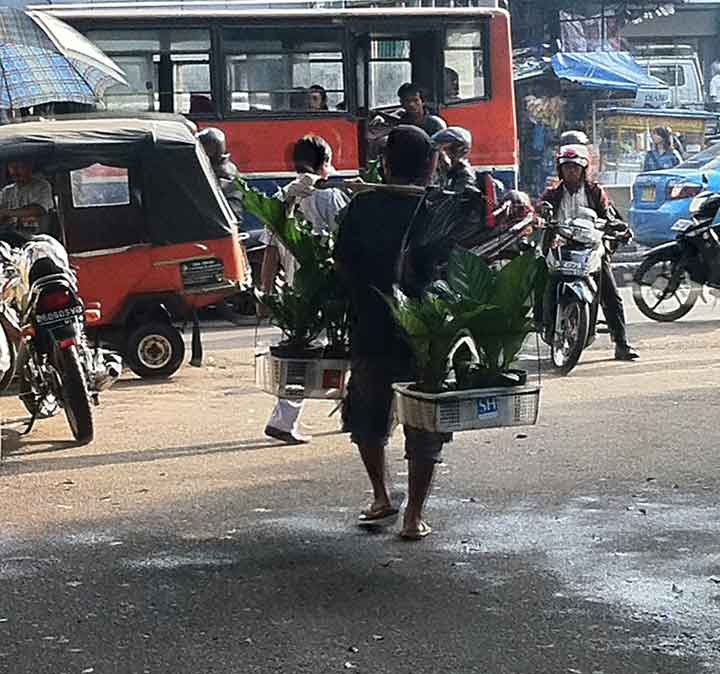 At this point in time and after two months of actually living here, and one month away, I am still learning survival language.  This basically means learning the vocabulary to  explain to the taxi driver that I live in an apartment block slap bang in the middle of a traffic island and that I need to get back to it, or, how to explain to another taxi driver, where I’m trying to get to, to escape from it.

Terima kasih – Thank you, is very useful and covers a multitude of sins, but it sure doesn’t get you out of a tight spot when your taxi driver is lost or, when you are being pursued by some geezer chancing their luck. 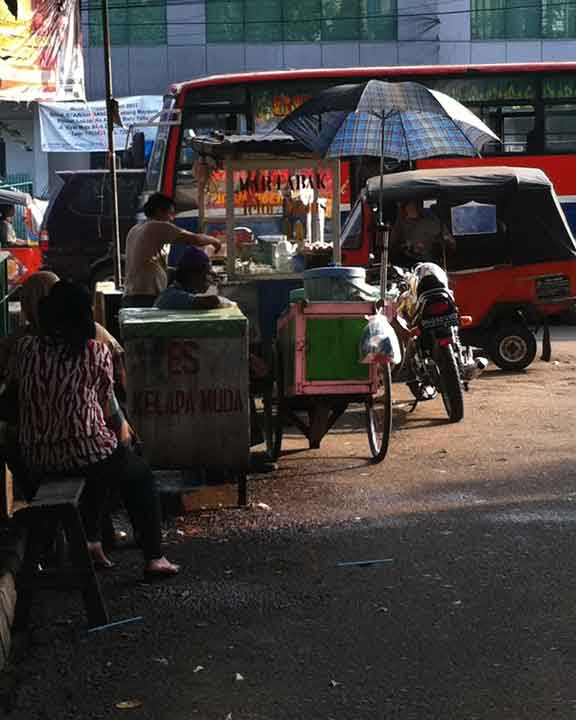 My memory is so shockingly awful that I have to think of ways to remember new vocabulary by giving each newly found word another name that’s familiar to me. For example KIRI means left, so in my chaotic head, I think of Kiri te Kanawa standing on my left. This system is hard work as A, I have to remember the original word and B, how I remembered it in the first place. Also, it doesn’t always come up trumps because the other day I misheard the word for sugar GULA (it was shouted to me by a friend in a crowded shop) and I swear that it sounded like GONAD.  Forever more I will think of gonads when buying or asking for sugar but as I shouldn’t be having any sugar anyway, that word strictly speaking is out of bounds.

I am also a notorious Mrs. Malaprop – who else could stand in the Tate Modern in London admiring one of Frieda Kahlo’s fine paintings and grandly proclaim to those around her ‘Oh, Frieda Rego * – don’t you just love her?’- Or worse still, (and we are talking about national pride here) go and tell a tourist that they should go to see Napoleons Column as its one of the great London landmarks.

Actually, ending on a happy note I doubt anyone would even notice if I had a Mrs. Malaprop moment in Jakarta even if my Bahasa was just about passable. Clever Indonesians would probably just think ‘poor Inggris woman, she really is very stupid and confused, let’s just speak to her in Inggris and put her out of her misery’ – well, that’s what I’m hoping between you and I.

* About a year ago I had the very good fortune to meet Paula Rego at a book launch in London. I spent a good 10 minutes in her company talking to her alone. To this day I regret not telling her about my finest hour in The Tate. I have a sneaky feeling she would have absolutely loved it. 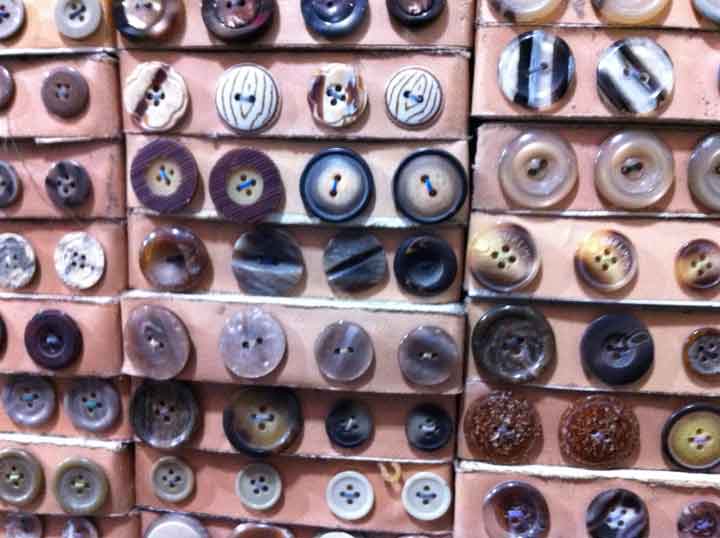