Never one to miss a trick, the Irishman has cottoned on fast to the fact that I have discovered a great place to have clothes made here in Jakarta. Whilst I’m still dreaming up ideas about what I would like to have made for myself, in just under the space of a week, Pedro has already sneaked along to Pasar Mayestik and had a handsome copy made of an Armani jacket that he bought over 20 years ago. Not only is it an exact match, the stitching is better than the original and, because it’s bespoke, fits him perfectly. He has also had his velvet Shanghai Tang jacket invisibly mended and he has been measured up for a new suit, plus another outfit which he will use for some performance art. I on the other hand, am still floating around in my dustah looking like a total slob so it’s most definitely time for me to get cracking and start getting some things made for myself. I have no desire to be outdone by my husband and his sartorial elegance. 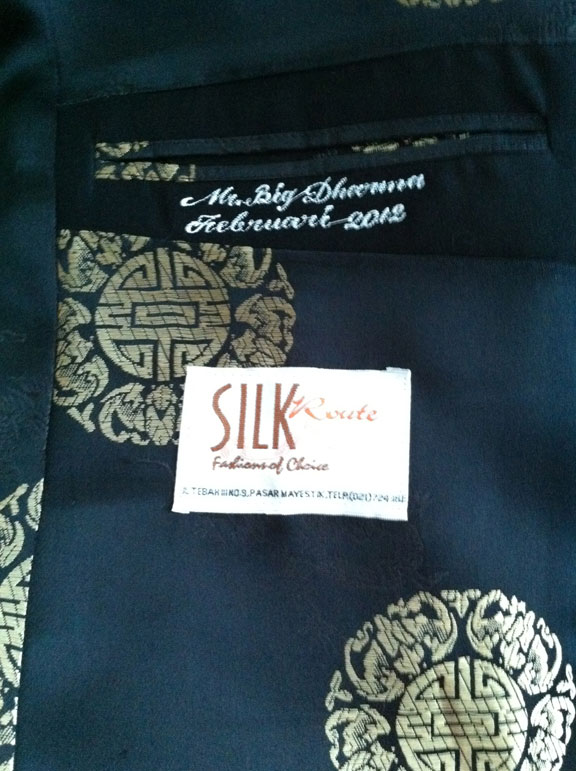 It’s been our busiest social week so far here in Jakarta and we’ve met lots of interesting people including designers, artists, photographers, architects, as well as catching up with friends. We have also possibly managed to source some wine at an almost affordable price. I’m keeping my fingers crossed on this but it would be a real treat to occasionally be able to have some wine without having to sell a kidney to pay for it.

For absolutely everyone who has to travel and get around Jakarta, infinite patience is required because of the perpetual traffic problems. I’m not going to bang on about it because its boring, boring, boring, but just to give you some idea of what it’s like, last Friday I had to go and get some canvas and paint from an art shop which is at the very most, 3 miles from where we live. I left the shop at 4.20pm but did not arrive back at the apartment until 7.30pm. Depending on what time of the day I go out, it can take 20 minutes to get to the supermarket but 2 hours to get back by which time the vegetables are wilting, the milk has turned into yoghurt and the bread is stale. Such is the joy of travel in Jakarta. It could be a lot worse though especially if you end up in the wrong sort of taxi. There are a number of taxi companies operating in Jakarta, but the rule of thumb is that you should always take a Bluebird taxi. Bluebird is supposedly the company with the best reputation and the one, which the guidebooks most recommend. 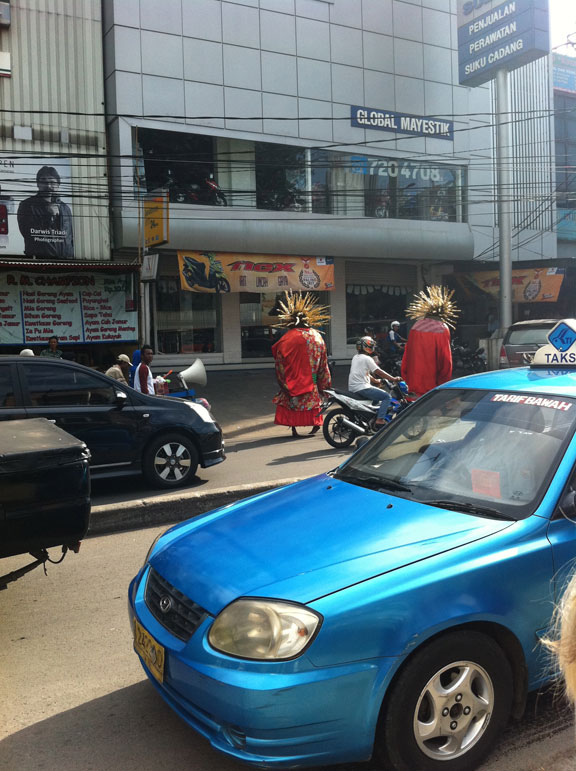 Almost everybody you meet has a different story to tell about their taxi experiences and certainly some of them are pretty dire. When we first arrived, not only did we have to listen to countless horror stories about getting worms of anaconda like proportions, we were also regaled with scary tales about folk being locked into the taxi, driven to the other side of town, then beaten up, raped even, before being robbed of all their money and cards. It’s not unusual to read such things in the newspapers and though I suspect the taxi scams are more to do with tourists and expats, there are some very upsetting news stories about local girls and women on the smaller passenger buses being gang raped.

The Irishman is not in general a worrier, but he does get concerned about me travelling alone especially as I am the one who has to rely mostly on taxis for getting around. I’m a Londoner born and bred so I like to think that I’m not entirely green behind the ears when it comes being streetwise. My biggest failing in regards to my own safety, is my pathetically small amount of Bahasa Indonesian. Although I now feel quite smug being able to give very basic instructions such as take a left turn, take a right, I’d be up shit creek without a paddle if the taxi driver got hopelessly lost or, if I found myself in a tricky and potentially dangerous situation. Bluebird, however good their reputation might be, don’t necessarily hire drivers with any knowledge whatsoever of the Jakarta streets. I’ve been in quite a few taxis now where we’ve just gone round and round in circles and in the end I’ve had to resort to phoning LaLa and try getting him to give directions whilst grazing my way through the supermarket shopping bags and eating all the weeks groceries. It’s not much fun either breaking down in the middle lane of the big central Jakarta highway in rush hour, nor being in a taxi that’s run out of petrol. These things are all small fry compared to some of the things I have read or heard about so for the moment I count my blessings. 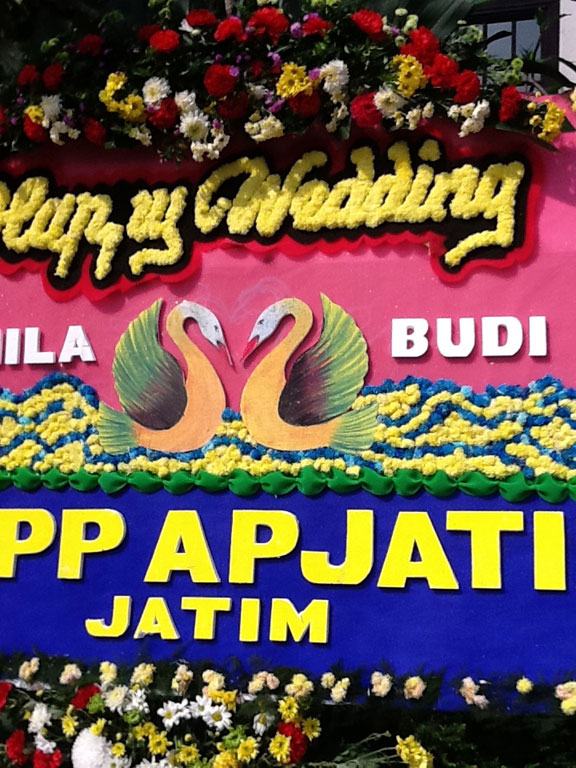 Last night, Pedro and I were meeting up with some friends for dinner. I struggled out of my dustah and scrubbed up into what I hope was something fairly presentable before we then walked a little way down the road to hail a taxi. It was 6pm and the angry hornets nest of scooters were out in force buzzing past us at top speed as we patiently waited for a Bluebird taxi to come by. There seemed to be a dearth of taxis as after 10 minutes not one had passed us and by this stage I was beginning to get impatient as we were going to be very late for dinner.

At last, a taxi came around the corner and I waved my hand desperately to attract the driver. ‘Why did you do that?’ Pedro snapped at me as the taxi made it’s way towards where we were standing. I knew exactly what the Irishman was on about but I was not in the mood to stand hanging about on a fume choked roadside for another 20 minutes or longer. I opened the tatty, rusting taxi door and jumped in dragging the Irishman with me. I explained to the taxi guy where we wanted to go to and then made a quick check to see if there was a metre, if it was on, and if it was working. Confident that all was as it should be, I then settled back into the torn ripped seats to enjoy the journey.

The Irishman on the other hand was not best pleased with his wife and started to give me a stern lecture about never, ever, getting into any taxi other than a Bluebird one. Determined to drive the message home he pointed to the taxi windshield which had emblazoned across the top of it, a large sticker with the words BANDIT TAXIS. ‘Don’t say I haven’t warned you’ said the cross Irishman pulling a rusty seat spring out from under his bottom. 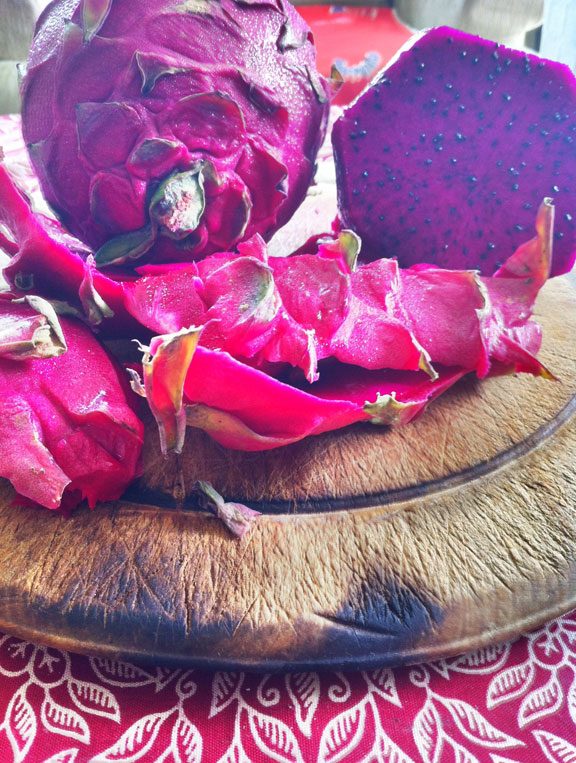