One of my daughters, Serena, and her friend Kalisha are staying with us at the moment. Aside from the pleasure of their company, it also gives me a perfect excuse to go off exploring with them and spend lazy days on the beach here in Bali. Much as I love our local beach in Sanur, I decided that it was time for a change of scene so on Wayan’s recommendation, we headed over to Jimbaran for the day.

Jimbaran is an absolute delight and I shall be devoting  a lot of time to writing about it in future posts but for the moment I wanted to show you these photographs that I took on our first visit there.

After an hour or so of idleness and greedily eating more than my fair share of the picnic, I decided it was time for a post-prandial walk. I left Wayan to her writing  beneath the shade of a coconut palm, the two girls lazily soaking up the sun’s rays and headed off.  There was a full moon a few days before resulting in huge waves that crashed noisily onto the white sands while the fishermen sat in the shadows of their boats, mending their nets. This extraordinarily beautiful this beach had surprisingly few people on it.

I walked along beside the crashing waves lost in my thoughts whilst taking few photos of the waves and the fishing boats. After a while I spotted in the distance, a fisherman walking towards me. 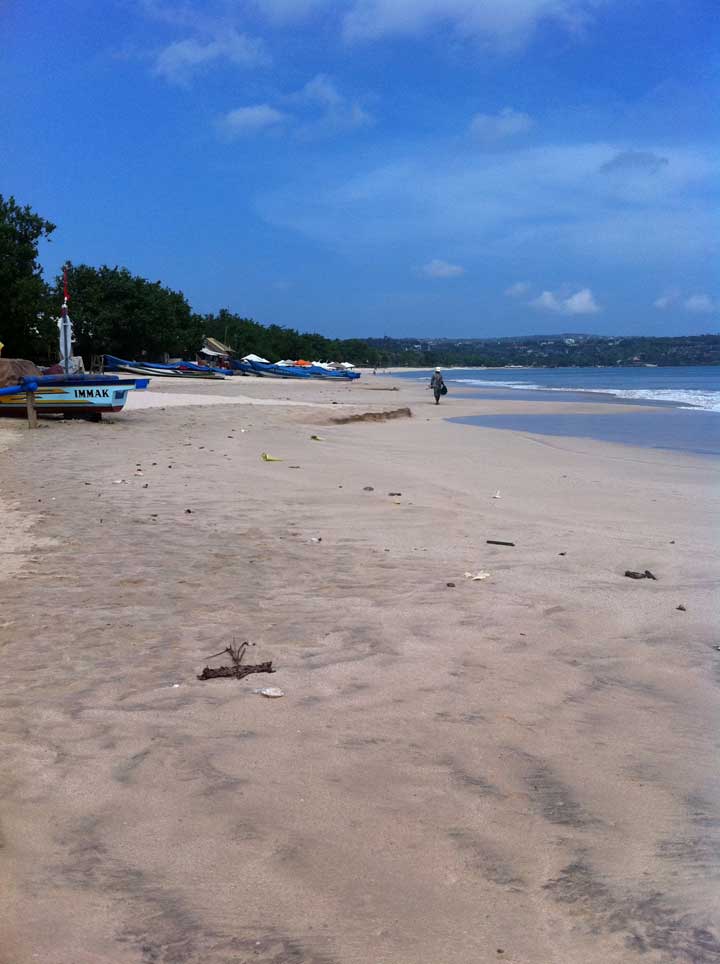 I took the first photo when he was quite far away from me. As he drew closer I noticed that he was looking out to sea so I quickly took another photo. At the point that we both approached each other I said ‘Selamat Sore Pak’ and he responded with a smile and said ‘Selamat Sore Ibu’ before passing me by. I turned round and took another photo of him from behind as he continued walking up the beach. Up until that point, I had taken no other photos save for those of the waves and the odd fishing boat. My iphone was set on HD which means it takes 2 photos of the same shot. I don’t always use the HD because it can be annoying having to wait the few seconds for the camera to reload especially if I’m in a hurry and there’s lots going on around me but on this particular day I hadn’t bothered to change it. 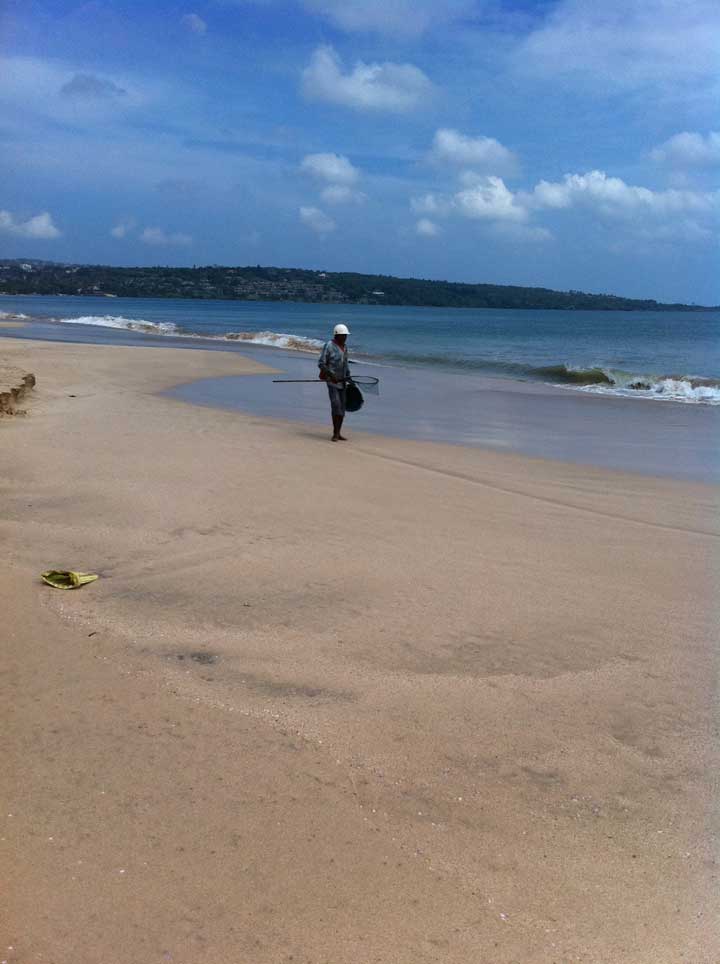 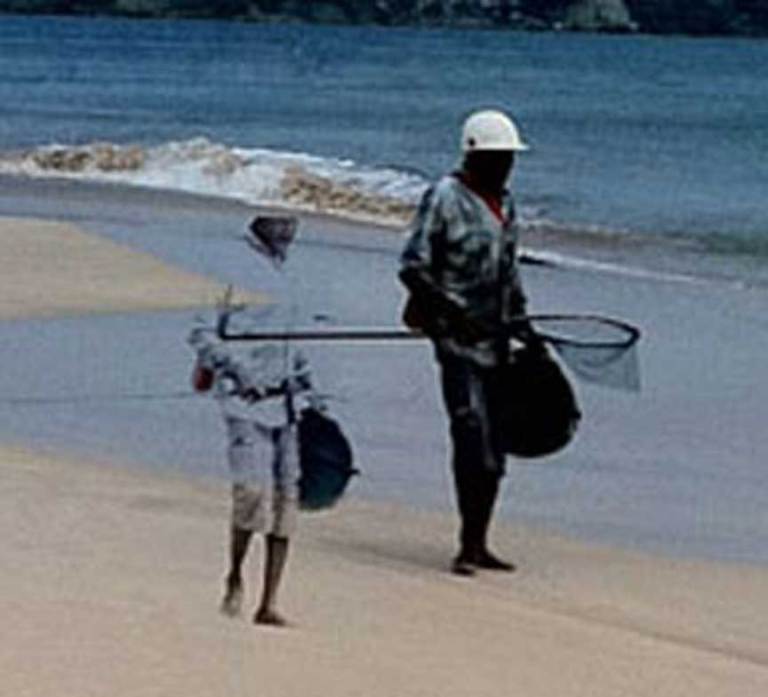 After an hour of walking and lots more photo opportunities, I turned round and walked back to our spot on the beach. It was only later when I was showing Wayan the pictures that I had taken that we spotted the ghost. Just occasionally when I take a picture I get a double image, a sort of mirage effect but this picture is not like that. These are two distinctly different people. The figure on the left is carrying a fishing rod and looking ahead, whilst the figure on the right is carrying a net and looking to the left. The figure on the right also has a shadow. If you look at the first picture and then the second picture, you can see that it’s the same shot as the waves are indentical – the only difference is that the second image has another figure in it.

Can anyone explain what this is? Is it really a ghost or just a trick of the light and the camera? There must be many spirits on the beach. For hundreds of thousands of years fisherman have earnt their living casting their nets into the perilous seas around Bali, and I know from Wayan that many families have lost their loved ones out at sea.

If this is a ghost I truly hope that his restless soul can find the peace that it deserves soon. Next time we go to the beach Wayan and I shall be paying a visit to the temple to leave a blessing for him.