The Irishman and I have become rather lazy recently; rather than spending our weekends visiting temples, and learning about the rich culture and heritage of Bali, we’ve taken to slobbing around at home instead. When I say slobbing, I don’t mean that we are slumped in front of the TV  (us Nev’s wouldn’t never dream of doing something like that ha-ha!) I mean that we are mostly writing, reading or, painting, and if we are feeling particularly adventurous we head off to a beach. It’s wonderful, and it’s a great respite from Jakarta, but its not exactly taking full advantage of, or making the most of all the amazing sights and incredible experiences that Bali has to offer us whilst we are here. 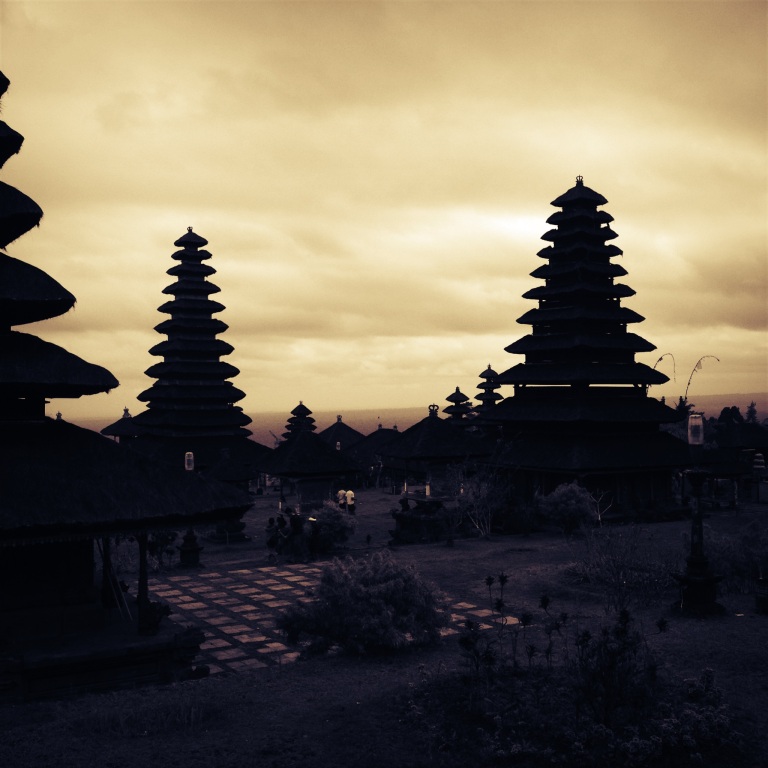 To get us out of this cycle of cultural inertia, we decided to book our favourite taxi driver Pak Wayan to take us on a temple tour last Sunday. It’s a little confusing in Bali because there are only 4 names. Wayan is the name given to the firstborn, Made, the second, Nyoman, the third and Ketut, the fourth. If a fifth child comes along that child will also be known as Wayan and so on, and so forth. As Wayan,( our friend and super help and advisor on all matters Balinese) also came along for the ride, it meant much confusion everytime either of us asked a question starting with ‘Wayan, …….’ (Irishman and I are both Wayans. Stictly speaking that meant that on Sunday, there were 4 Wayans in Paks taxi) 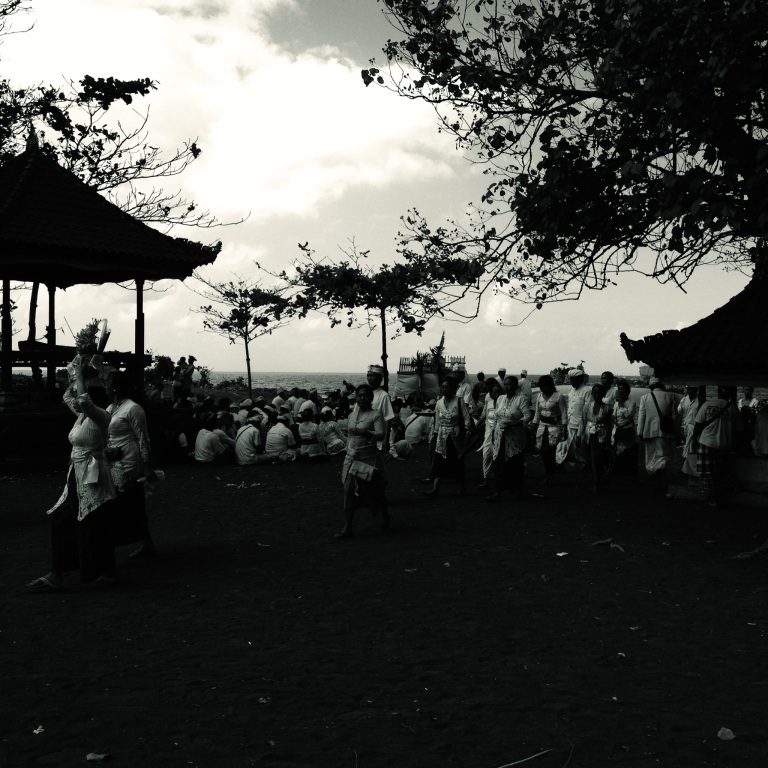 This is probably going to be too much information but having now revealed  aspects about my toilet habits in a previous post that leave little, or nothing to the imagination, I don’t think there is any harm in now talking about menstruation. I may as well cover the whole gamut of my bodily functions over the course of this blog, especially since any dignity that I may once have had has gone, and there is no longer any hope of my ever being seen as sophisticated. That particular guise has flown right out of the window. 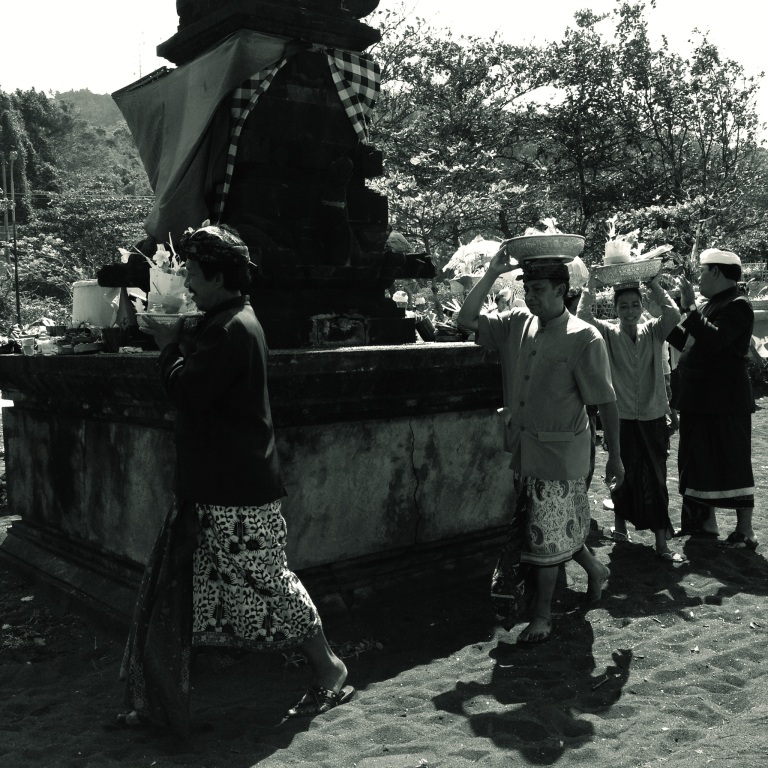 Many of you reading this post, will already be aware that in Hindu custom, women are forbidden from entering a temple, placing offerings or taking part in any religious ceremony whilst they are having their period. It is considered unclean and the God’s would not be amused if this rule was disobeyed. Now the problem is that we love Wayan and think of her as family,  if ever we are going on an outing she is always an important part of it. The trouble is that invariably one of us is having our period just at the time when the promise of a temple tour or important Hindu festival/ceremony is on the cards. By a stroke of good fortune last weekend, both of us were in a suitable part of our ‘cycles’ not to incur the wrath of the Gods so we decided to do a double whammy and visit not just one, but two temples whilst our luck was in. 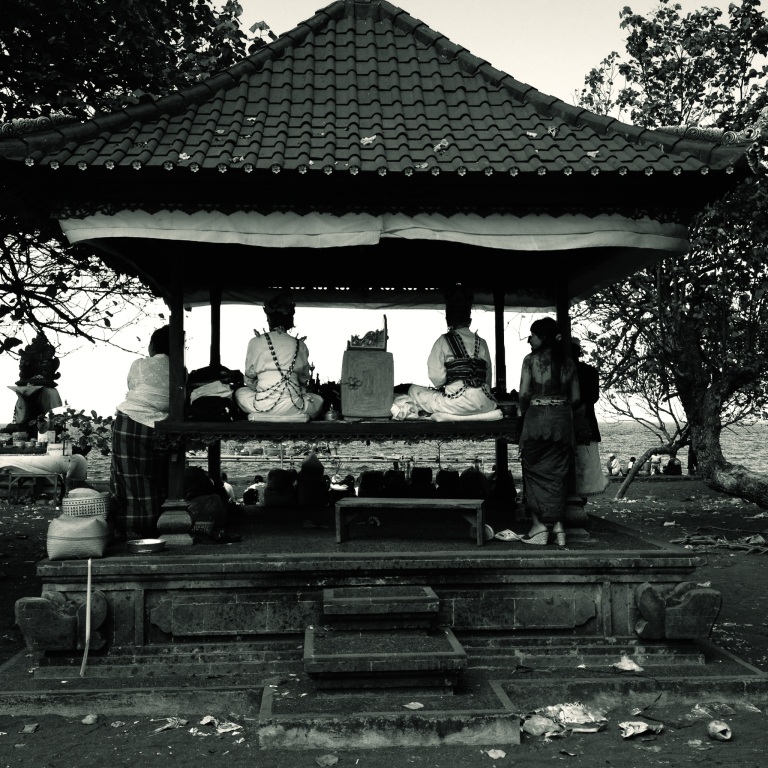 We set off early as the trip to the first temple, Goa Lawah, or Bat Cave Temple was over an hours drive away. Pak Wayans taxi, old and battered though it is, works like a dream, except for the flat tyre we had and the a/c that conked out years ago.  As there was not a cloud in the sky that morning, or any hint of a breeze, it made for a rather sticky journey.

I’m not going to write about the Bat Cave Temple today, I’ll save it for another day for fear of giving you Temple photo overload.

After leaving Bat Temple we headed south, following the coastal road, which was surrounded by fields growing tobacco and maize until we turned off west and started the slow but picturesque climb up into the hills where workers tended their padi fields.  Halfway up we encountered an ancient bus ahead of us, which struggling to climb the steep pass, groaned and belched out thick, black, noxious clouds of exhaust, it’s fumes nearly choking us. As the road was so narrow and steep, it meant that we were stuck behind this toxic, belching, farting monster for quite awhile before we could overtake and then at last roll down our windows and get some air. The higher we climbed, the denser the vegetation became and after a while we felt as if we were right in the heart of the jungle. Unfamiliar birds called from the treetops, and we became quite adept at spotting all the fruits and spices growing on either side of the road. Villagers had placed bags over giant Jackfruits to protect them from the marauding insects before they ripened. These giant fruit, hung like huge, spiky, pendulous rugby balls from the trees around us and  bunches of tiny, sweet, bananas grew everywhere. There were mangoes, pineapples, papaya, snake fruits, cloves and nutmegs, even cocoa pods. The list of things that we spotted read like something from an exotic fruit store except this was all growing naturally in the wild. It reminded me a bit of being on a school nature trip.

We eventually arrived in the small village of Besakih and decided that the first port of call  was stopping somewhere to find lunch. We managed to find a place that had, without a shadow of a doubt, the worst Soto Ayam (chicken soup) that any of us had ever eaten. We all gagged when we tasted it. It was so disgusting that none of us could eat it so we just ate the plain rice that accompanied it, with a squirt of ketcap manis (sweet soy sauce) to liven it up a bit. So much for the special lunchtime treat that we’d promised the other two Wayans.

We bought our tickets for the temple but declined the offer of a guide (they will tell you that you need one to go into the temple but you do not) and a ride on a moped. and instead walked the 1km up the hill to the temple. I should point out that this is not just any temple; this is The most important temple on Bali, Besakih Temple or Mother Temple. 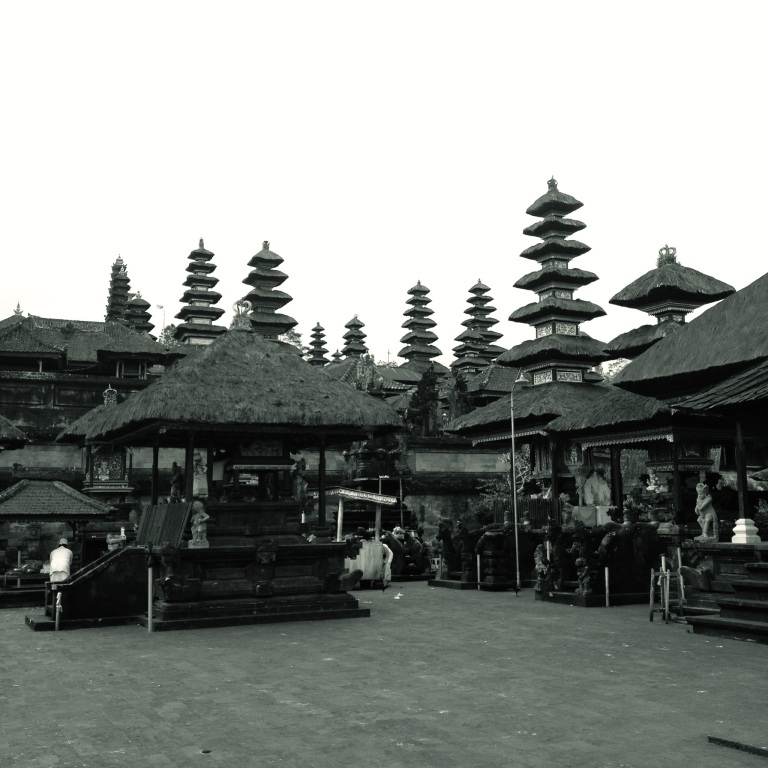 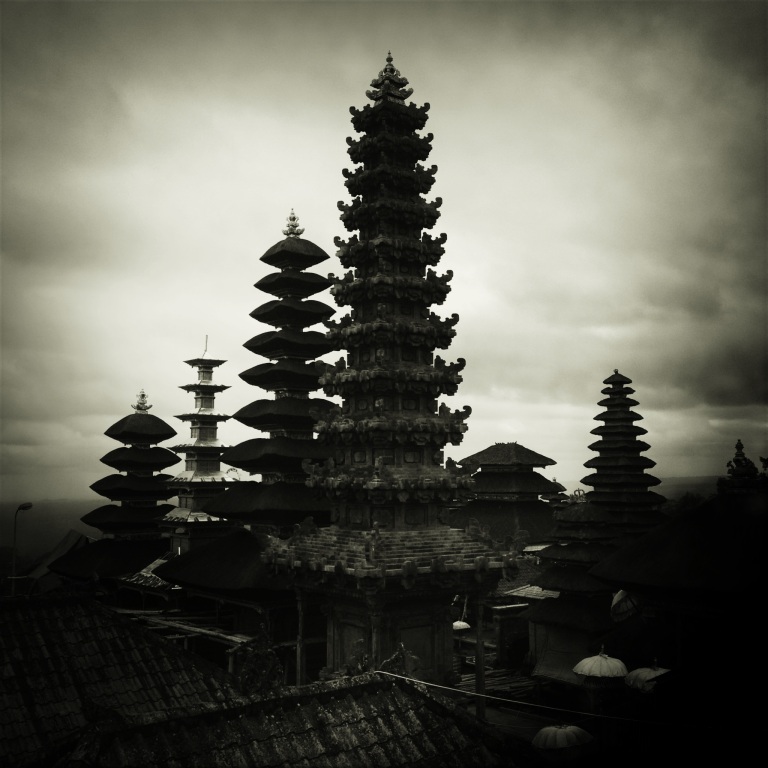 The temples started to be built over 1,000 years ago, and this stunning place of worship is honoured and revered by the Balinese. It is vast with around 23 temples and associated shrines, covering several acres. The complex is laid out in terraces, built on the side of Mount Agung, the highest and most revered mountain in Bali. It’s a volcanic mountain, that last erupted in 1963, killing 1,700 people. The lava flow from the erupton, missed the temple by just meters. The Hindu Balinese believe that this was a miracle and a sign from the Gods. 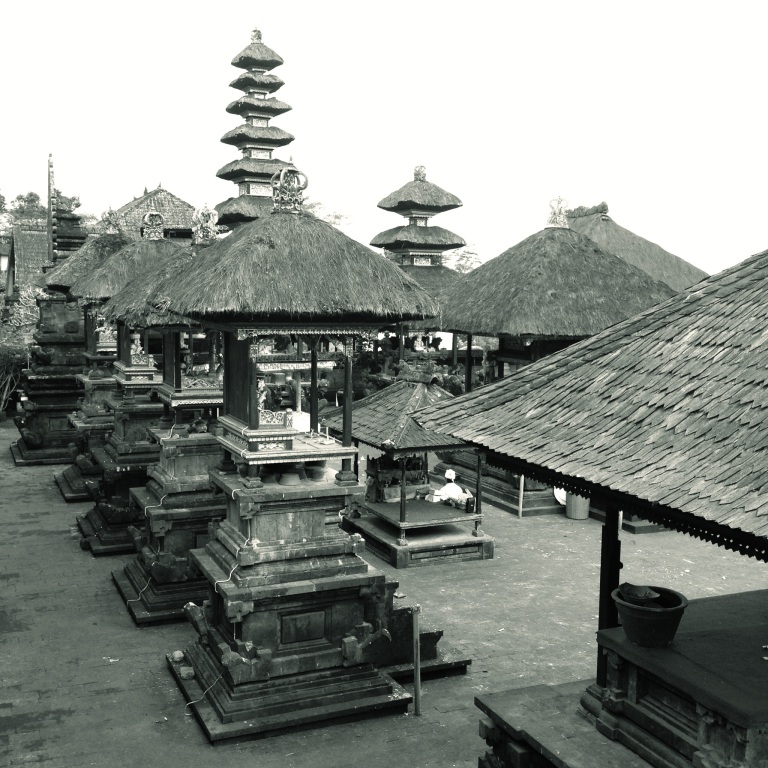 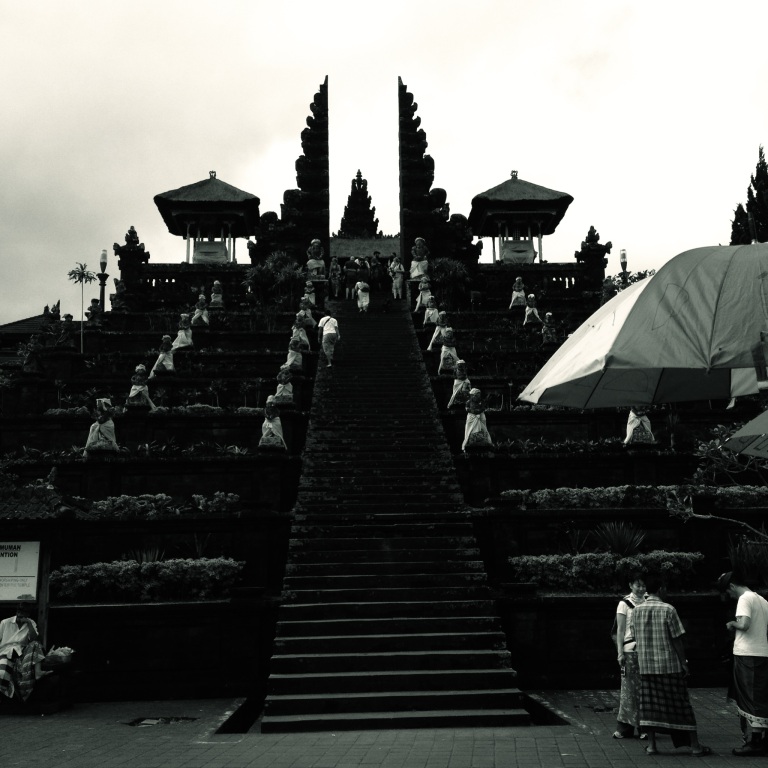 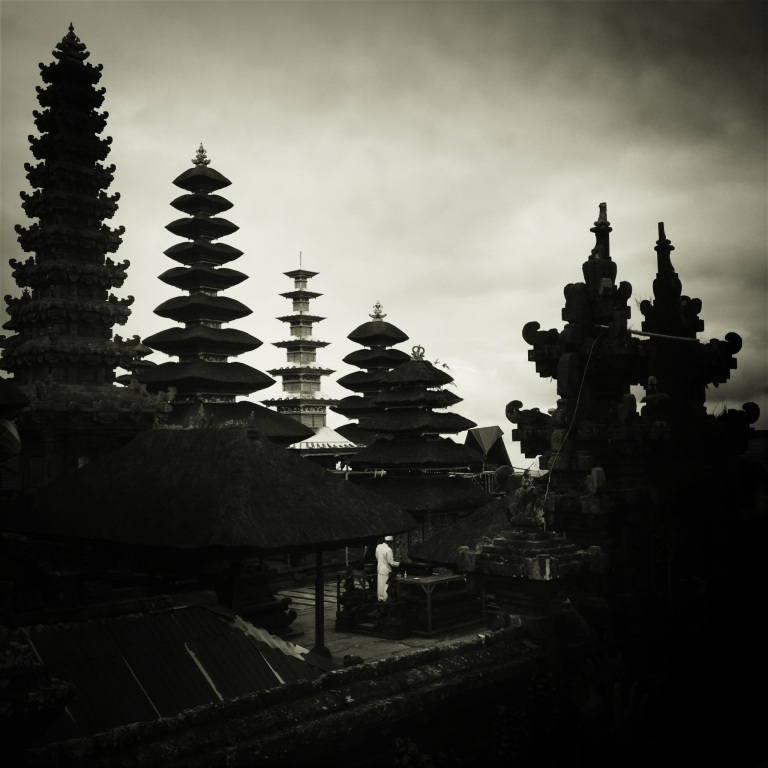 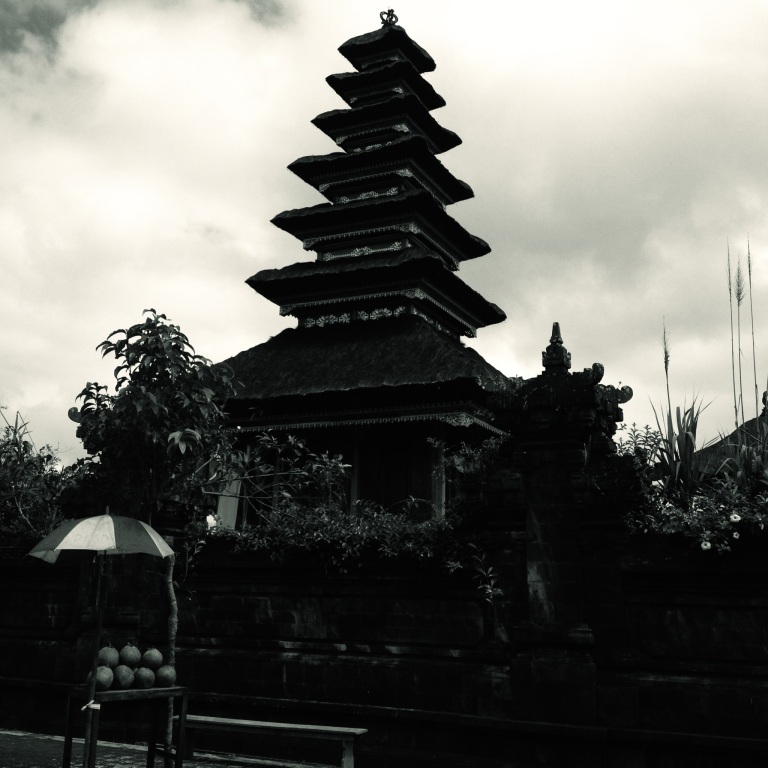 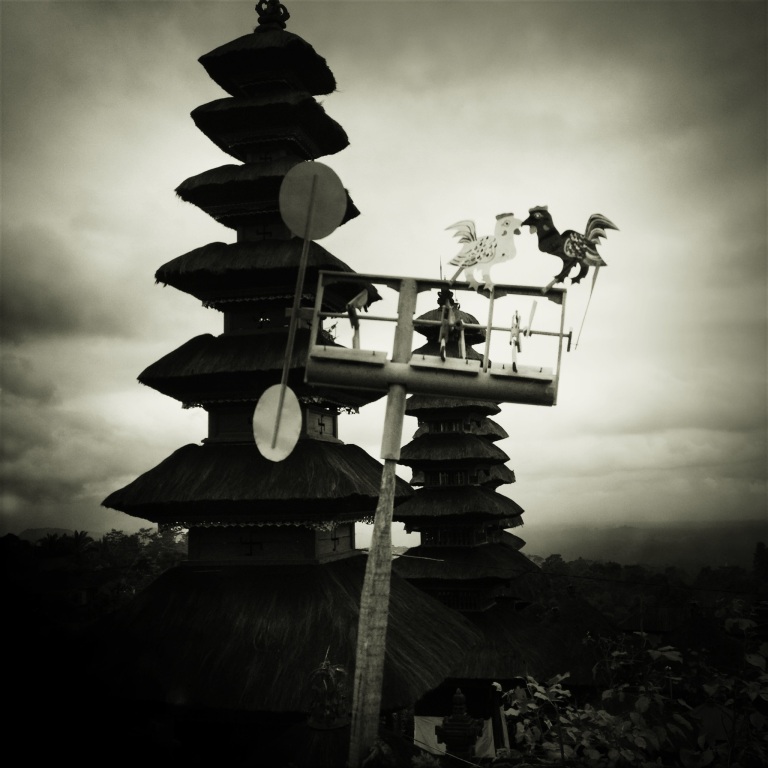 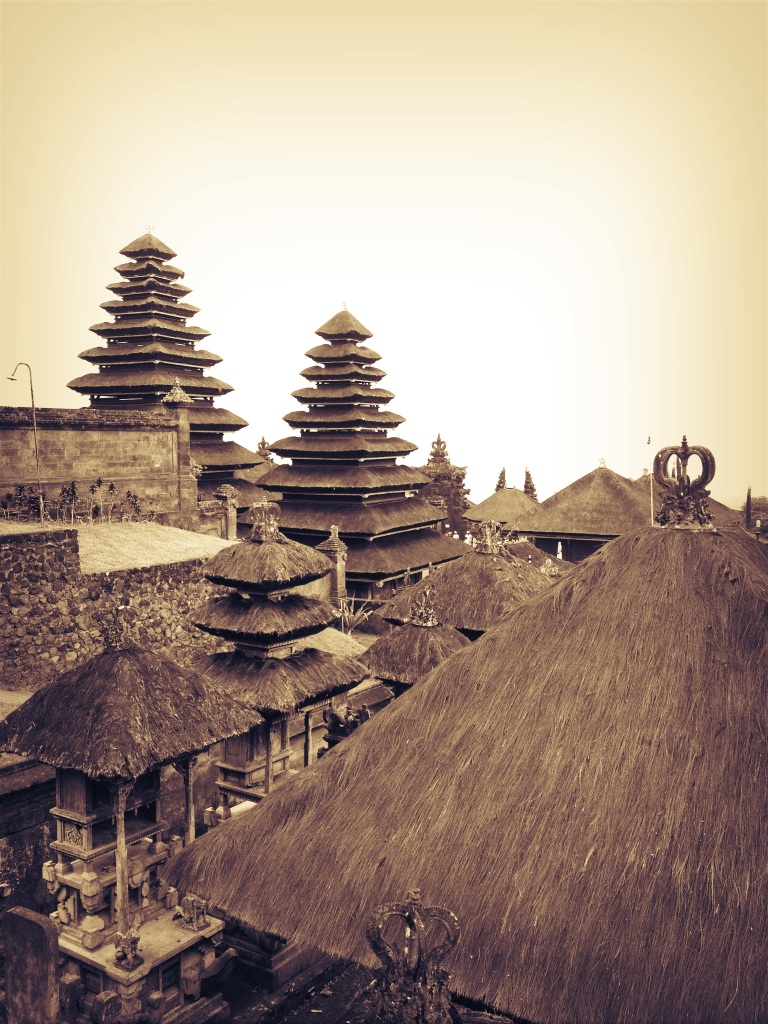 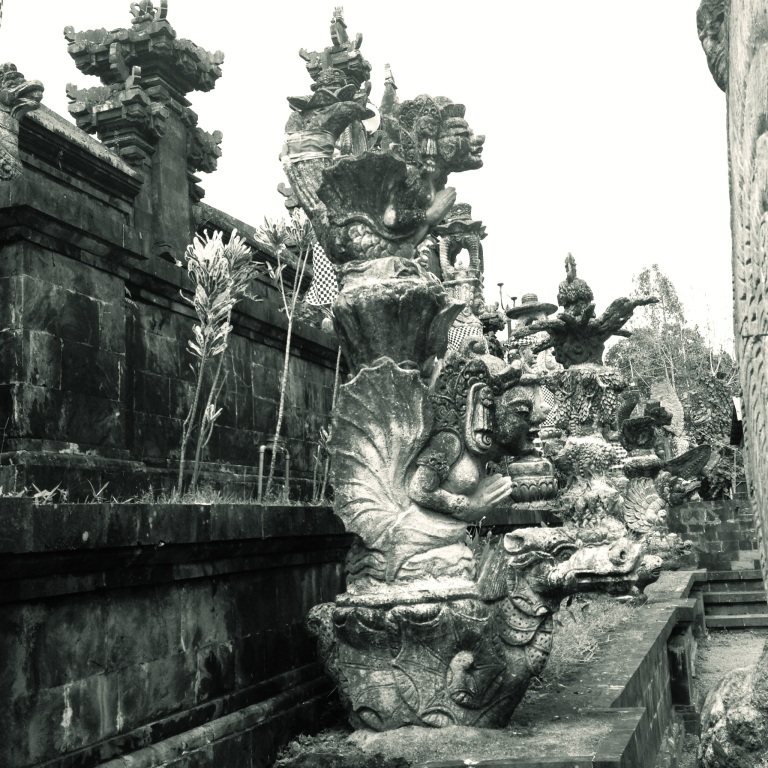 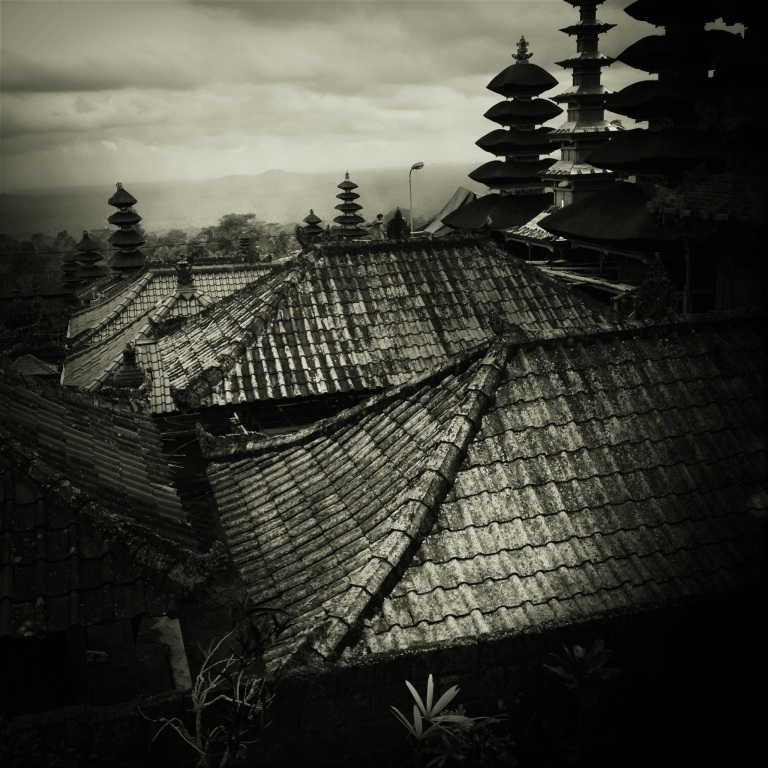 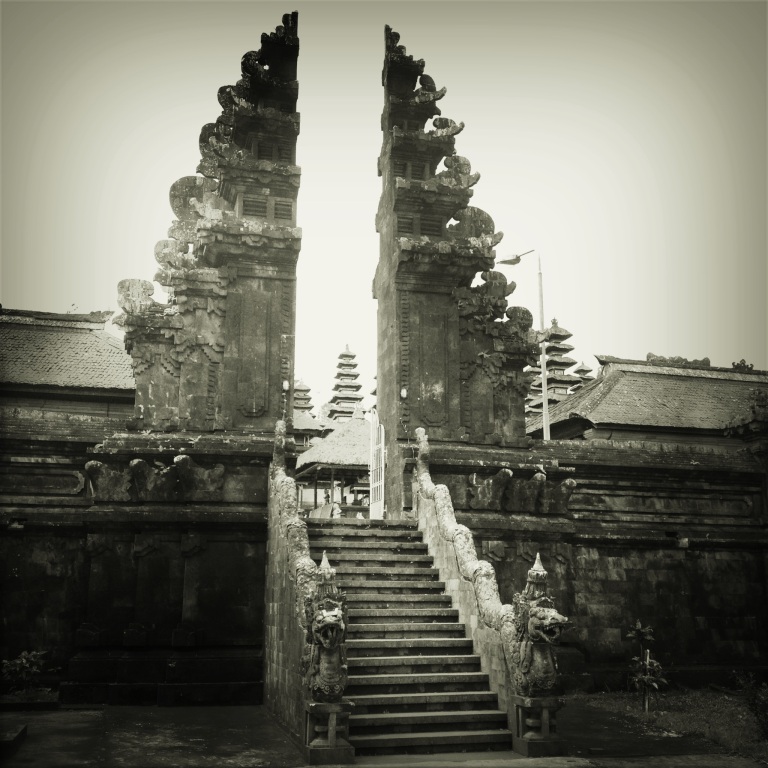 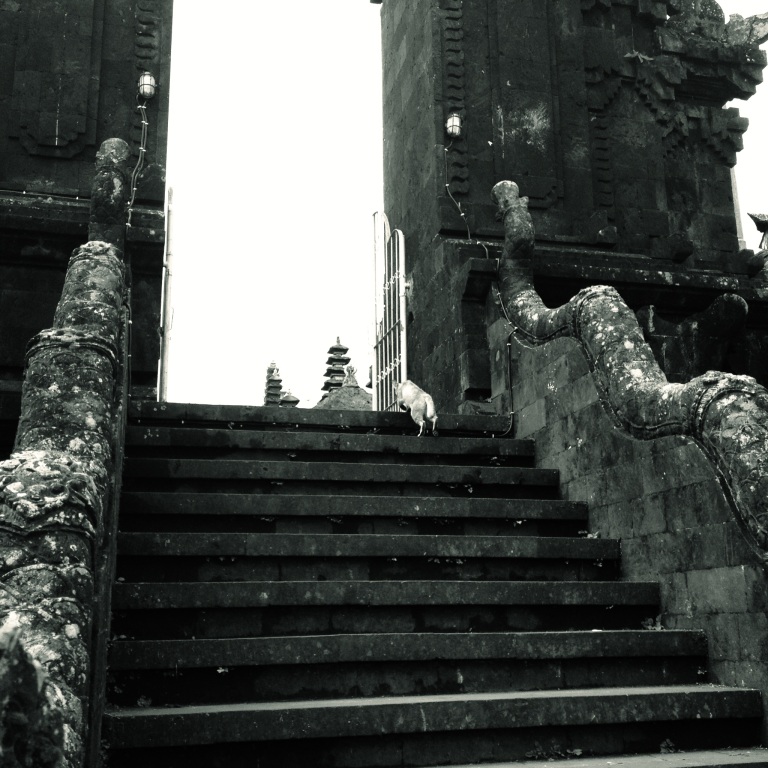