It was the XXXL sized cockroach streaking past me as I opened the bathroom door that did it. I can normally deal with them as they are part and parcel of being here, but this one was three X’s too large for my liking. That, and Monsieur Le Rat who after weeks of keeping us awake at night with his nocturnal scratching and scurrying has now sprung his mortal coil and chosen the very spot directly above our bed in the ceiling cavity as his final resting place. The stench is indescribably awful.

There have been other things in the past few months which have severely tested our patience here at Dengue Villas* – The plumbing, (countless visits from resident handyman have failed to fix it) The gratuitous shower that the neighbour’s bathroom from upstairs gives us every time they flush their toilet (now gaping hole in bathroom ceiling)(been fixed twice keeps collapsing) The washing machine, (seven visits from resident handyman has fixed for the moment, but not holding my breath) and the kitchen units which are so ancient and rotten that the doors are either stuck and won’t open, or come off in your hands – None of these things are helping to enhance our domestic bliss.

All said and done, the bonus of living here and the main reason that we chose this apartment block in the first place is that it is just 5 minutes walk away from the Irishman’s office. In Jakarta, this proximity to work is like gold dust. Commuting to and from work in any city is hard work, but here in Jakarta it is hell and should be avoided at all costs – even supersize me cockroaches, your neighbour pissing on you from above, and rotting rats have got to be better than sitting in stationery traffic for 2 hours.

With our tenancy here about to expire and with no hope of our landlord ever doing the necessary renovations that he’d promised to do before we arrived nearly a year ago, Irishman and I have been scratching or heads as to what we should do.

We’ve been wrestling with the idea of moving to a nicer place, but further away, for some time now because we’d almost given up hope of finding another better-equipped apartment here in Dengue Villas* due to unavailability and high demand.  The turnover for these apartments is so quick, that blink and you’ll miss it, plus you have to put a minimum of one years rent down in advance to secure one. Until this morning it looked like we were out of luck.

By the greatest stroke of celestial wonderfulness, Mr Henry who runs the apartment office, rang me up this morning to tell me that an apartment is now available on the 12th floor. It’s almost ready to move into. The cockroaches are miniscule. The bathrooms are brand spanking new. There is a new washing machine and a new fridge and the kitchen doors dont’ fall off (I checked them) Oh and just look at the views!! 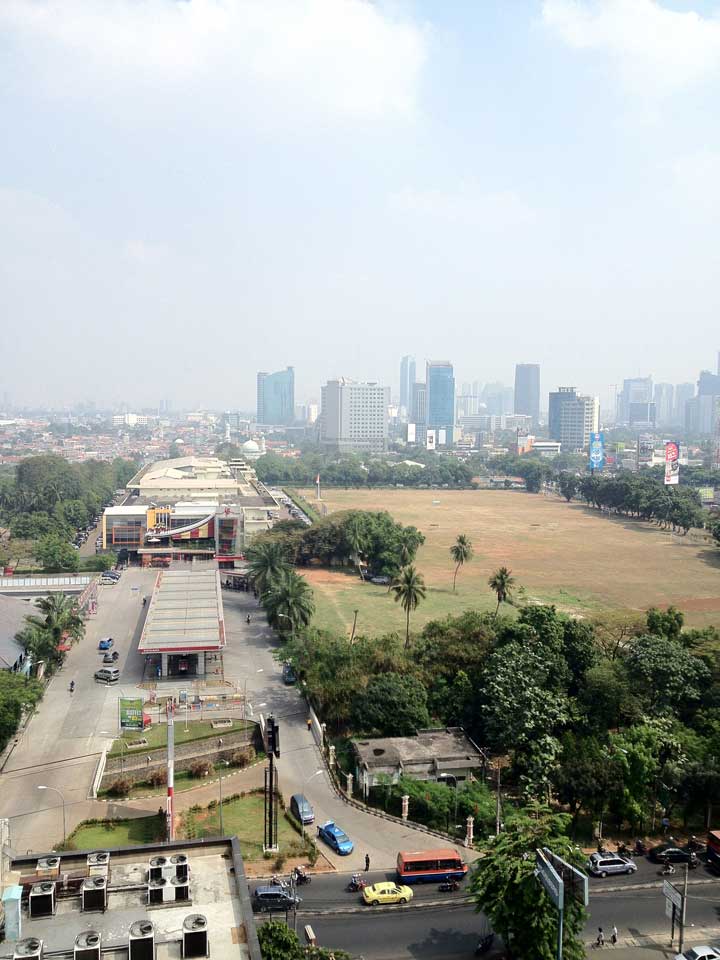 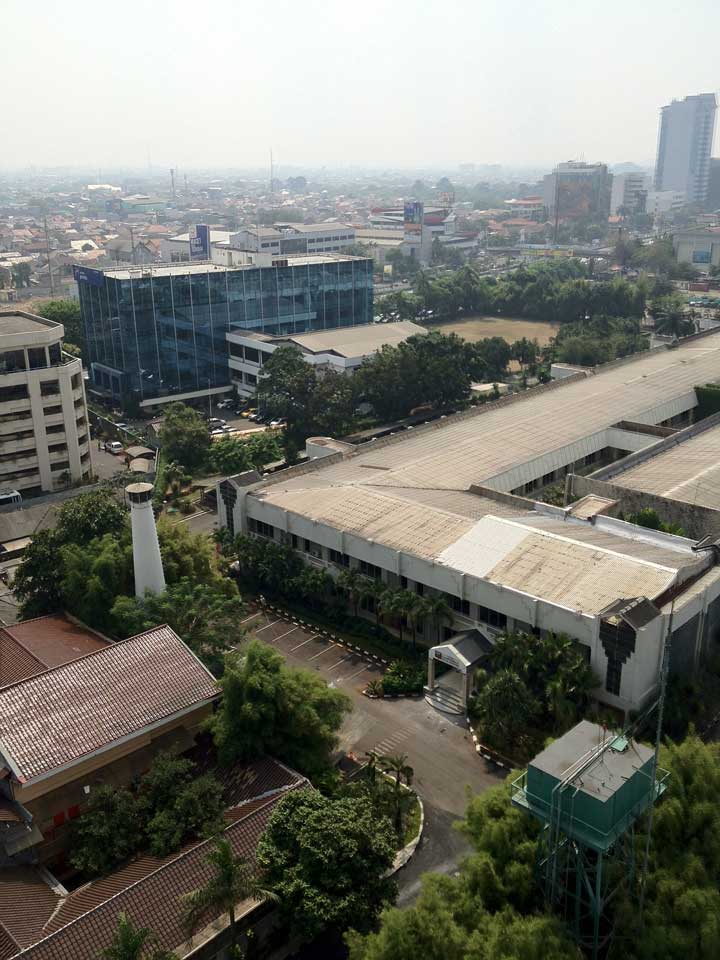 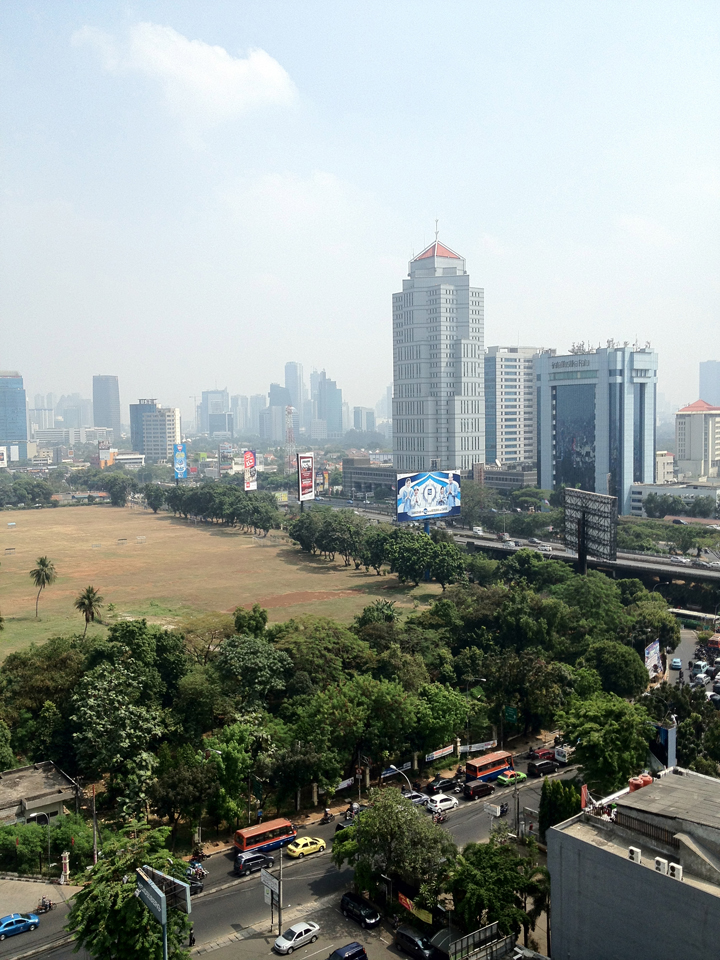 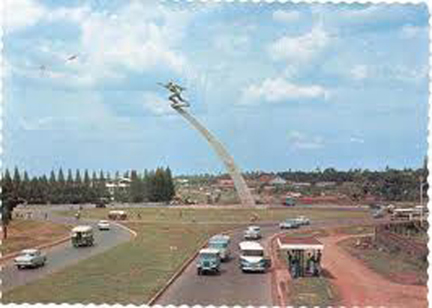 In the first photo if you look carefully you can see this statue on the flyover. The photo above is what Pancoran used to look like in the 1950’s!

Photo number two gives you a birds eye view of the Pertamina petrol station  which has a cafe that we sometimes go and eat in.   This celubrious eaterie also hosts karaoke every evening should you be of the persuasion.

The third photo shows the Irishmans office – the white porticoed entrance. I can blow kisses or moon to him from the balcony.

*Dengue Villas is the affectionate name that we give our apartment block. It also happens to be a serious disease that is rife here in the rainy season and I hope something that we don’t ever contract.