There are many proverbs and sayings associated with monkeys, but in my book the outright winner has to be the ancient Chinese proverb  ‘The higher a monkey climbs, the more you see of its arse’ (or ass depending on which side of the Pond you live on) Just the very mention of the words ‘bottom’ ‘arse’ or ‘bum’ always makes me howl with laughter unless of course that is, I happen to catch sight of my own in the mirror – in which case it’s tears.

It’s not just proverbs, wise sayings or interesting bottoms that can be attributed to our anthropoid cousins but culture as well. In Hindu culture particularly, the monkey is revered. Lord Hanuman, the monkey king is a central character in the epic tale The Ramayana. He helps Rama in the fight to get his wife Sita back from the wicked clutches of the demon king Ravana. There is mention of Hanuman also in the Mahabharata and other texts. Monkeys are worshipped as a symbol of physical strength, devotion and perseverance amongst other things. 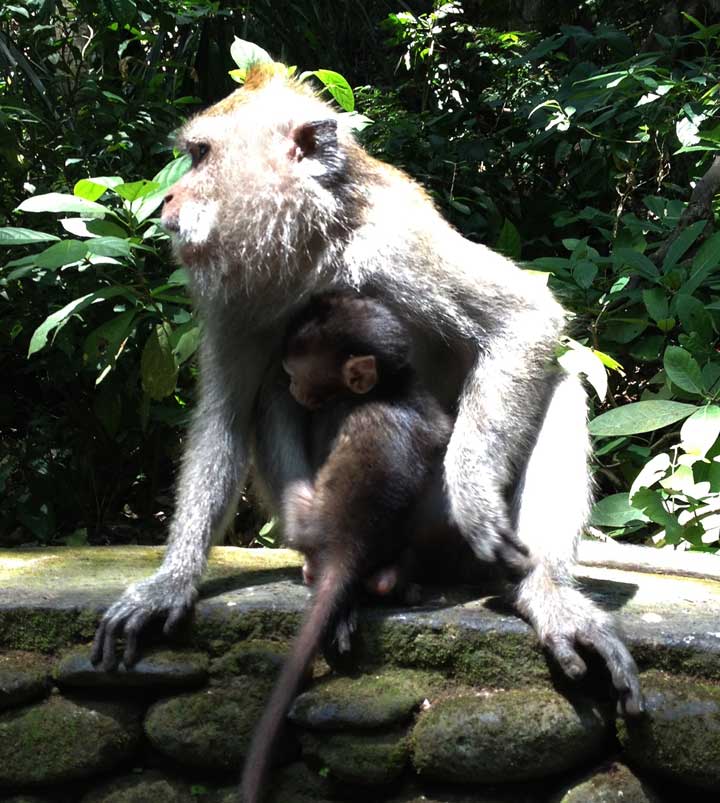 I’ve been putting off going to the Monkey Forest in Ubud for months. Every time we have visitors I try to steer them as far away from the Monkey Forest as possible and make every conceivable excuse known to man for reasons not to visit. The main excuse I use and which seems to do the trick, is that of being bitten by a monkey and getting rabies. I fill our visitors heads with such tales of terror, that they are only too happy (and grateful) to go anywhere I suggest so long as it’s not to the Monkey Forest.

The truth is folks that I really don’t have a clue about monkeys and rabies, or diseases that you can catch of monkeys, and I’m probably talking out of my arse when I speak of such things, but I’m sure I’ve read about it somewhere and it’s now stuck in my head. I actually love monkeys, they are beautiful creatures and after our visit to Uluwatu with Theo a couple of weeks ago I realized that I was being pathetic putting a dampener on the Monkey Forest excursions. With a change of heart due to Theo’s keenness to see more monkeys, I softened and we paid a visit there last week. 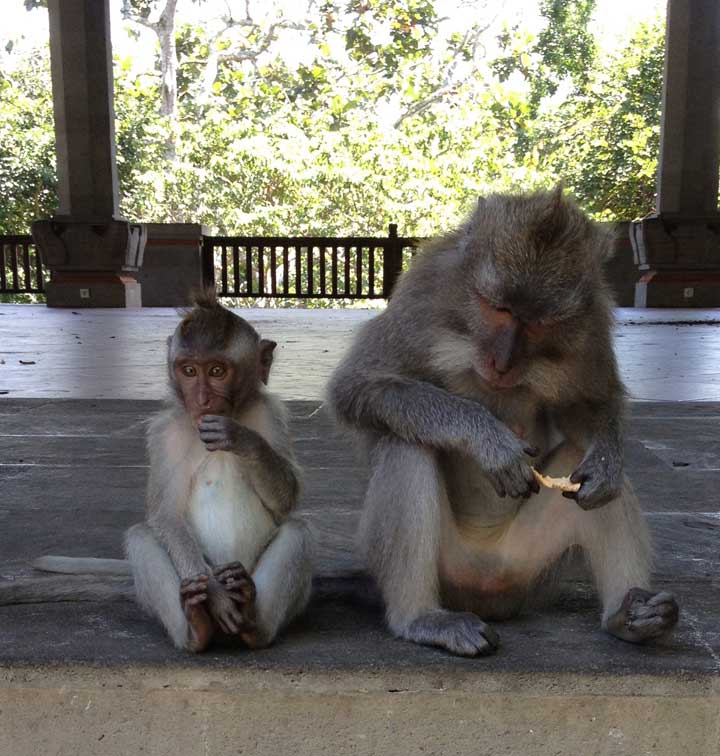 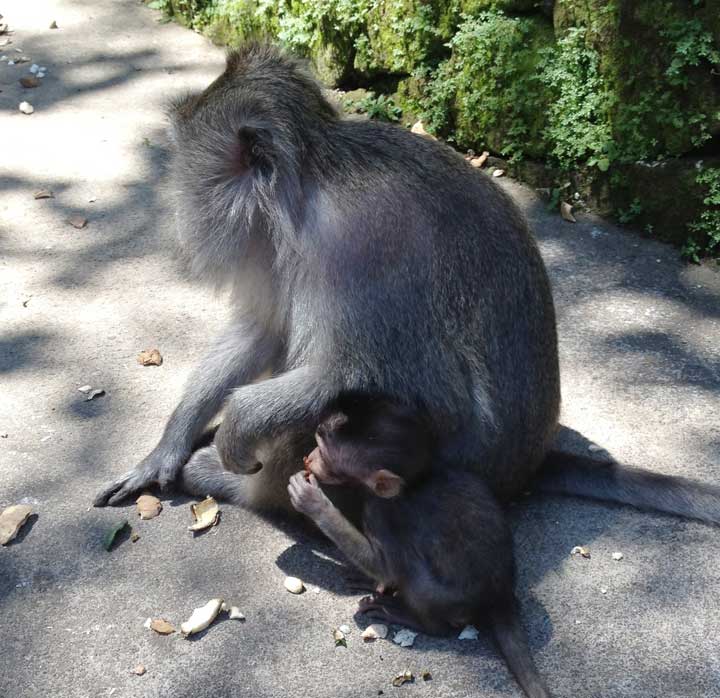 What struck me most was that it wasn’t the monkeys that were dangerous or a problem, they were simply getting on with their day. It was the Homo sapiens that were the pain in the butt; I’ve never seen so many stupid and ignorant people in my life. From the minute that you enter the forest, there are signs warning people about what not to do with the monkeys and to hide any valuables etc. It’s recommended for example not to hide food in pockets, or take in water bottles as the monkeys will target those that do. There are vendors by the gates selling vastly over-priced bananas and you can feed the monkeys with these but it was horrible to see the baiting that was going on by some of the tourists who would dangle bananas in front of them, then snatch them away and then scream and squeal when the monkeys jumped up on them. This then caused the monkeys to start fighting with one another as jealousy ensued when one got a banana and the other did not. I can quite see that people deserve to be bitten if this is the way that they treat the monkeys. I wonder what Hanuman would have to say on this matter? 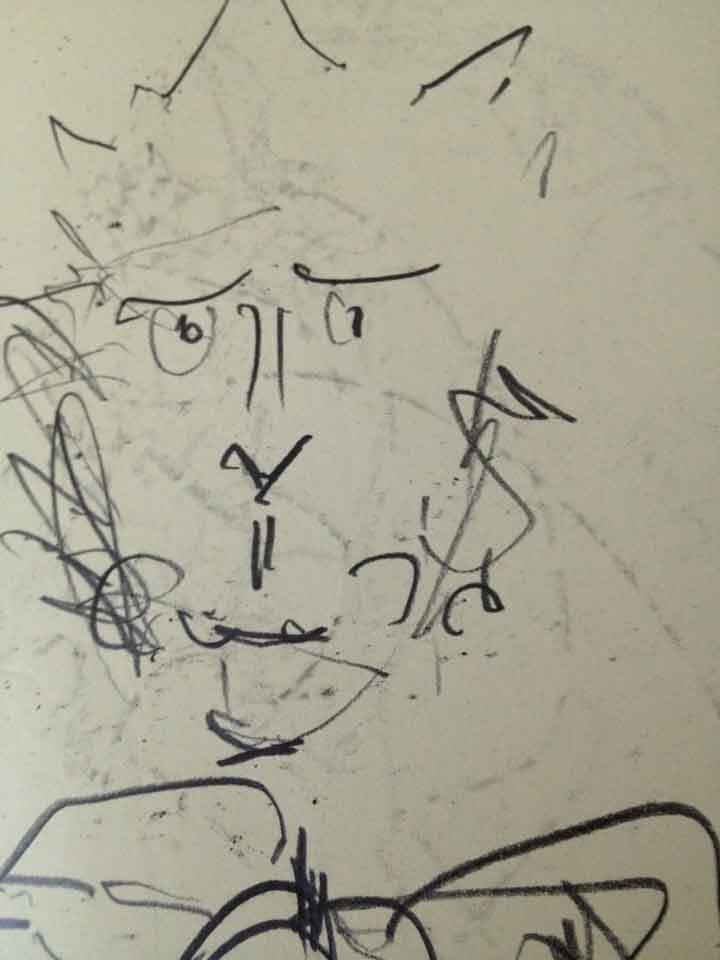 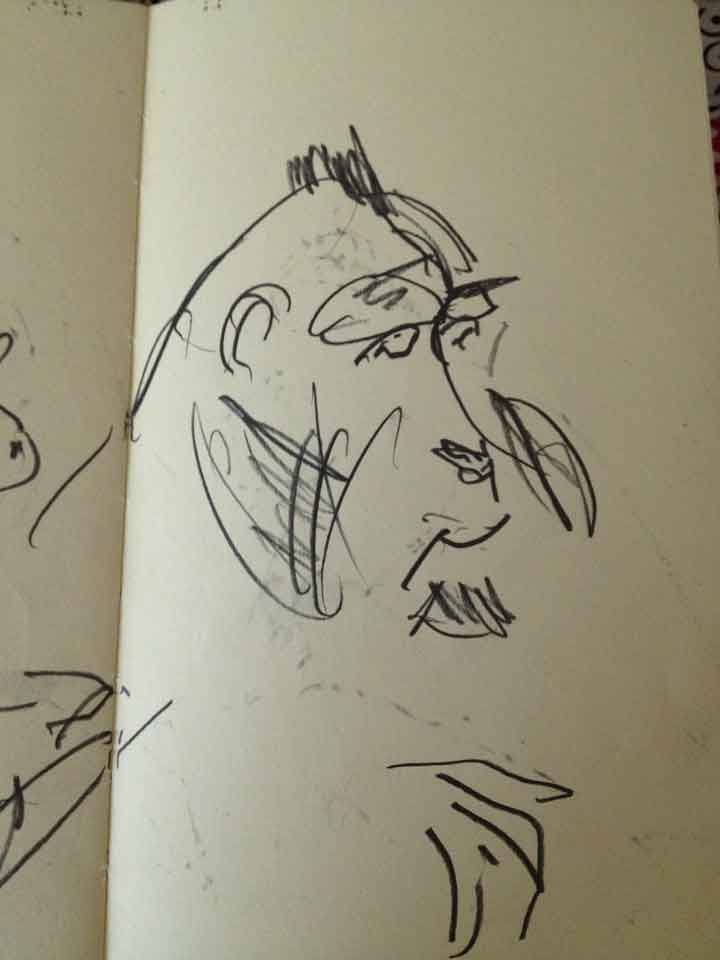 Irishman went off to do some drawing, and Theo and I wandered through the sacred forest and found our way to the temple, Pura Dalem Agung. We spent a happy hour observing the groups of monkeys and their fascinating behaviour, and the mothers and their babies.  Theo was smitten and now longs for us to have our own monkey at home. I have to admit that I do rather fancy the idea of aping Frieda Kahlo, painting in the studio at home with a Balinese Macaque on my shoulder. 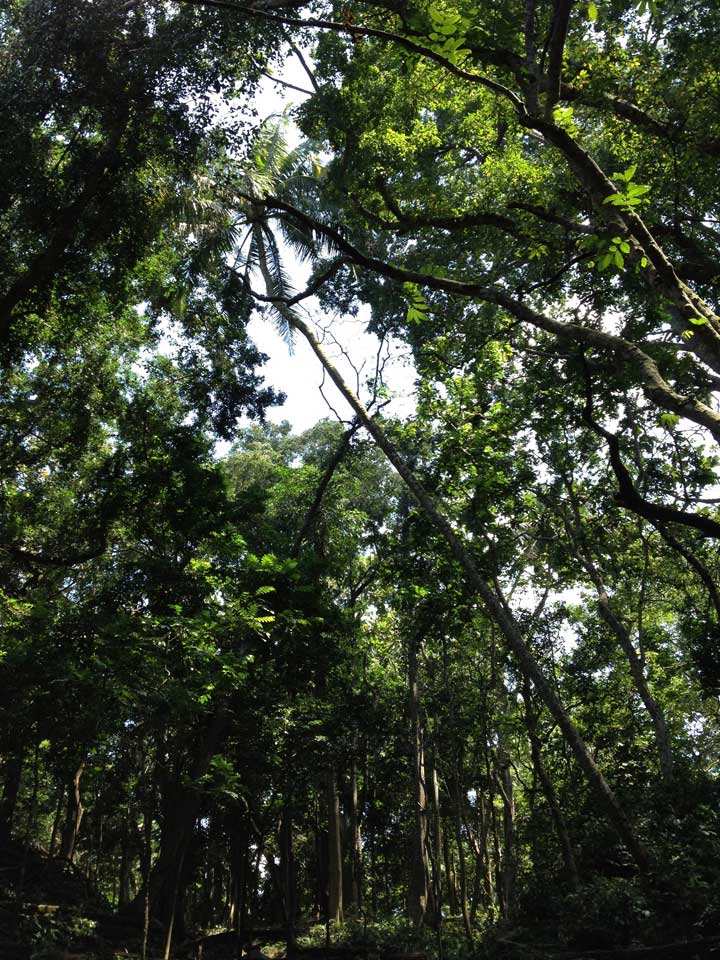 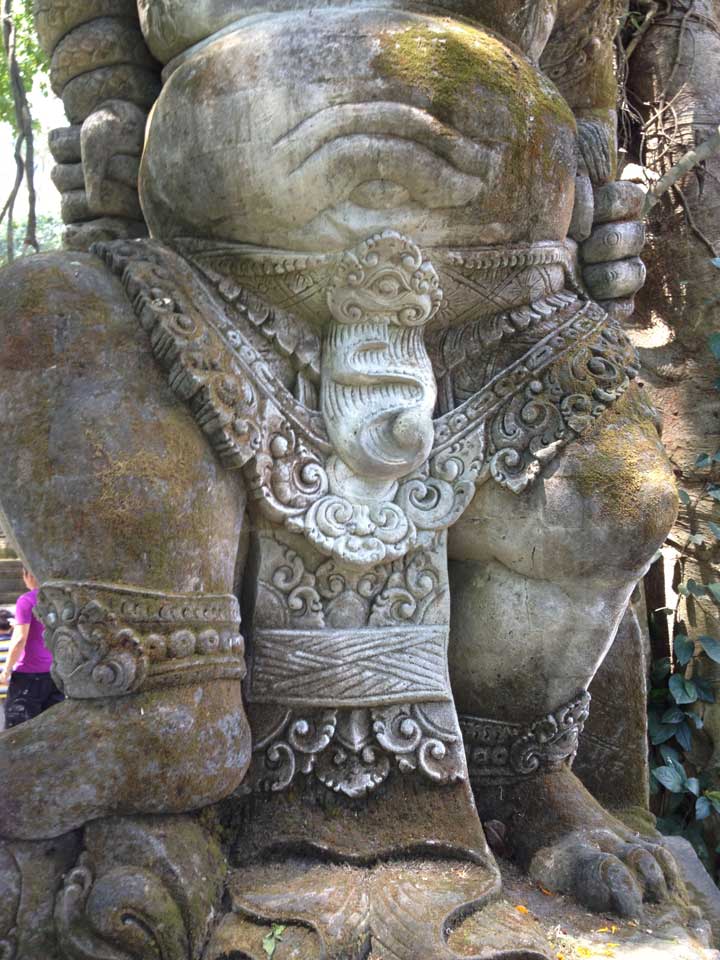 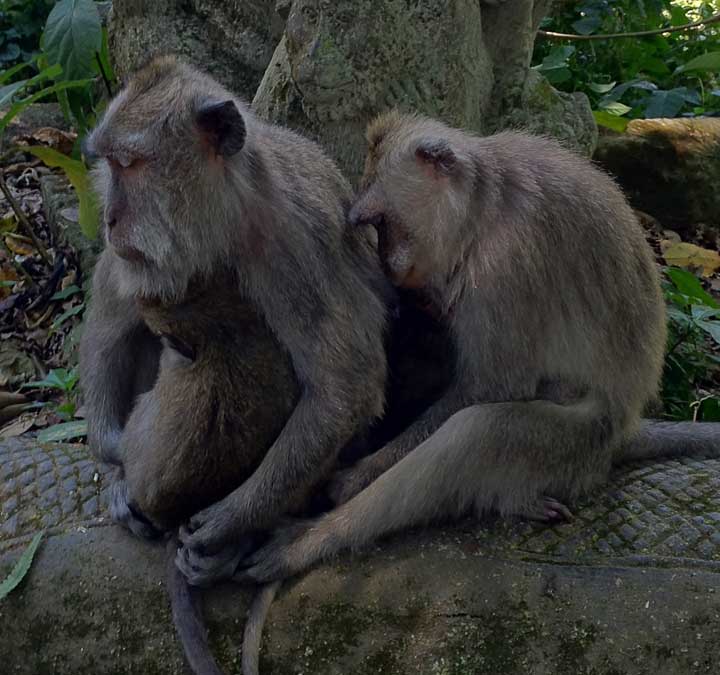 And lastly, whilst I’m on the subject of bottoms, here are some great souvenirs that you can buy not only in Ubud, but just about in any tourist spot anywhere in Bali. I still haven’t figured out what the significance of penis shaped bottle openers has to do with Balinese culture but if I had to pick one, I’d go with the purple …..ummm, or maybe the black?