Last week there was torrential rain and flooding here in Jakarta. It was reported that at it’s worst 30% of the megalopolis was under water and 50,000 people were made homeless because of it. Tragically 15 people, possibly more died in the flooding.

Back in the Uk snow has been reeking havoc, especially in London where everything always grinds to a halt whether it’s just a few flakes or a few feet – it makes no difference. I do love the Sceptered Isle but I think it’s fair to say that it’s pretty crap when it comes to dealing with winter weather conditions. Snow and ice catch us out every time. 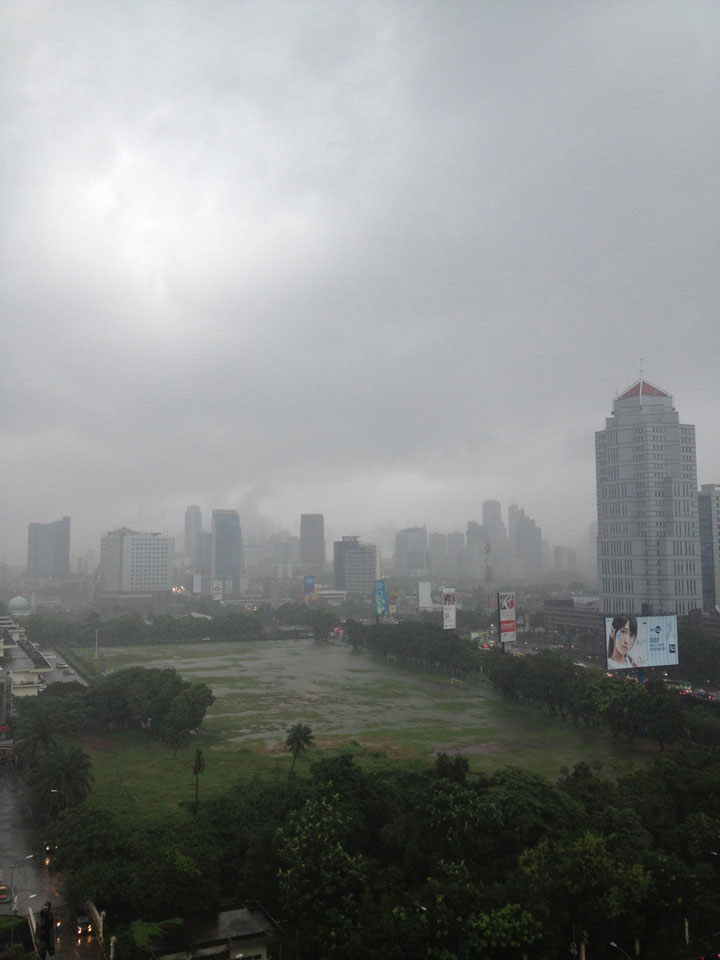 I’ve got a significant birthday coming up soon. I’m not handing out prizes to anyone for guessing which one it is, if you haven’t already worked out how old I am then you haven’t been stalking me hard enough. The reason I mentioned this isn’t just because I want you all to send me loads of birthday cards, cakes and presents, it’s because I’ve found myself becoming more reflective lately. I don’t know whether it’s in any way connected to my eleventieth fast approaching or, because these days I blog and therefore spend time thinking about what posts I might write. My mind tends to wander to the past and  this then seems to trigger off feelings of nostalgia especially for my childhood. I’ve been looking at all the snow scenes and photos that friends have posted on Facebook and Twitter and it brought back a flood (obviously le mot de la semaine) of memories from the past and of the days when I was a little girl growing up in Suffolk. 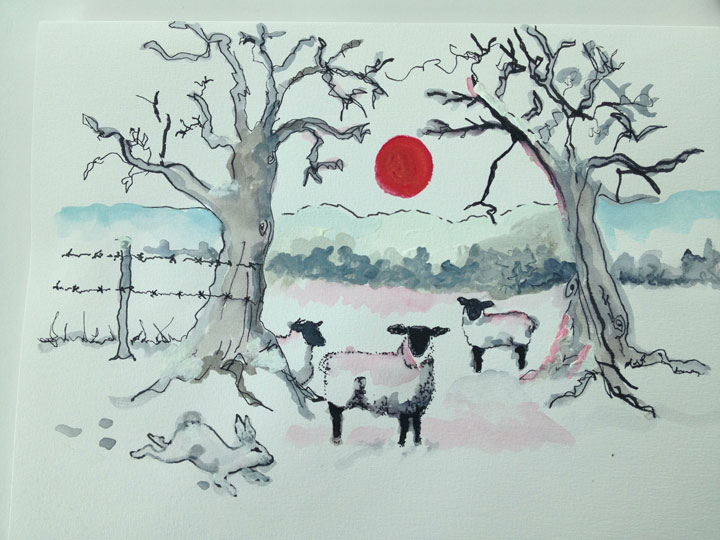 I have this scene so clear in my mind that I can still feel the icy nip from the wind on my face and remember well my welly glad feet which were so wet and frozen, that I’d lost all feeling in them, just a strange burning sensation. I’m standing in a field full of snow and watching the beauty of the low red  sun casting it’s pink bloom on the pure white blanket that lies all around me. My Mother’s Suffolk sheep whose fleeces normally look so white, now look grubby against the pristine white backdrop of the field as they huddle together at the manger eating hay, and a startled rabbit shoots across my path as it makes it’s way back to the woods for the evening. 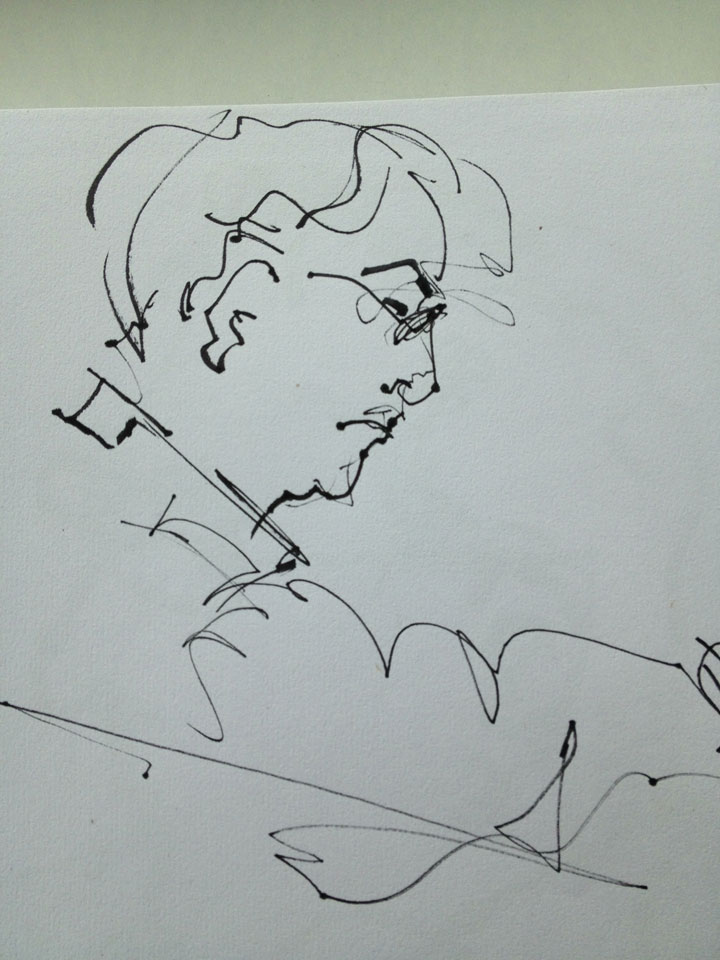 In the late afternoon light I can just make out Smithy walking down the lane. She’s wearing a red, patterned wollen headscarf and one of my Oma’s tweed skirts, which is rather long on her as Oma was very tall and Smithy stands a good half-foot shorter. She’s pulling a toboggan with a hessian sack on it, which she’s been filling with small pieces of wood and kindling gathered from the hedgerows to light her fire later. I run across the field to go to talk to her. The lane is below the height of the field so I feel quite tall as I call over to Smithy through the brambles and thickets of the wayward hedge. Despite Smithy’s protests, I wriggle under the briars and the rusty barbed wire and slide down the bank so that I can be with her.

I remember looking up at her and feeling total love. Her merry, ruddy weathered cheeks were radiant from the cold, and the frosty air had made her eyes look teary. Tresses of greying hair had escaped from the sides of the headscarf and hung down around her face and I could see all her lines and wrinkles as she laughed and talked to me. By now she’d finished collecting her firewood so we walked up the snowy lane together, mittened hand in hand, until we came to my house whereupon we said goodbye and she went her way, and I went mine.