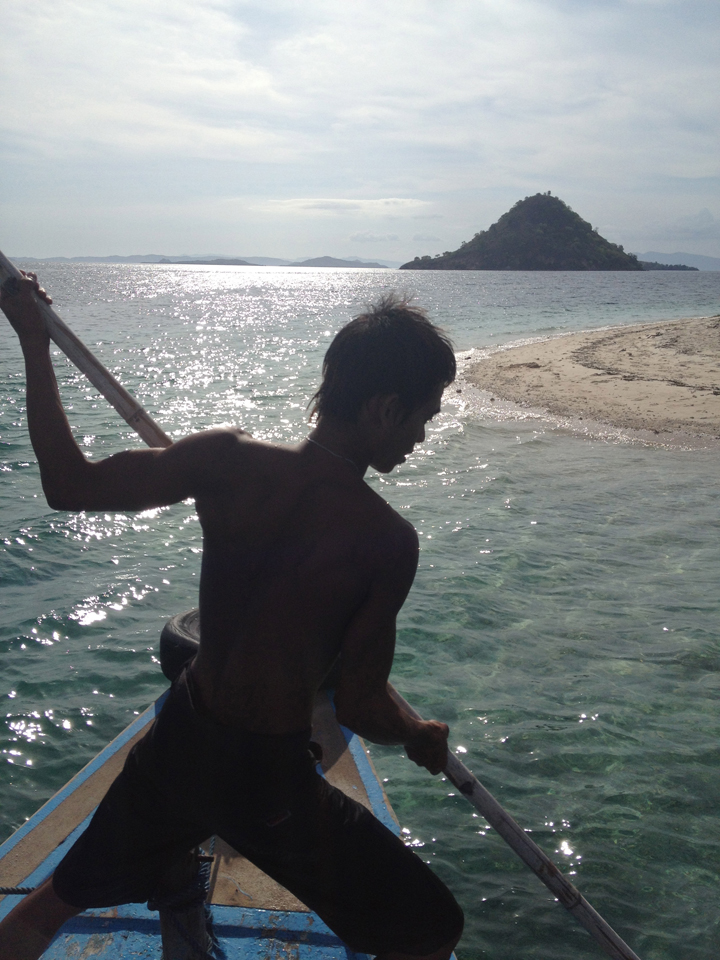 You would need more than a lifetime to fully explore the length and breadth of Indonesia, this extraordinary country in S.E Asia that has been my home since leaving London in 2011.When our plane touched down on the melting tarmac at Soekarno-Hatta Airport, I had no idea what life in Indonesia had in store for me. Nor had I any real clue what I was facing, or just how diverse and beautiful this country is. All I knew is what I had gleaned from guide books, or garnered from images on the Internet. Now, almost 18 months down the line following a steep trajectory of learning, I am more travelled and conversant with my new homeland, . But, if I need another lifetime to explore it, , I need yet another to fully learn and understand the complexity, diversity, language, history and culture of the 300 ethnic groups and the myriad of islands of Indonesia

This vast curving archipelago, a chain of 17,500 atolls and islands, straddles both sides of the Equator. It stretches 5,271 km from Sumatra in the northwest, down to Papua in the east, and 1,373 km from Ache at the top of Sumatra down to East Nusa Tenggara in the south. To give you some idea of its enormity, if you were to superimpose a map of Indonesia over Europe it would stretch from Ireland to Iraq or in America, from California to Bermuda.

Sumatra, Sulawesi, Borneo, Papua and Java are the largest islands. Java, the most populous, is home to around 60% of the 238,000,000 population. Jakarta, a huge grey megalopolis, is where I live. It is the nation’s capital for government, business and industry and sits on the western end of Java. The city is home to over 12 million people.

88% of Indonesia’s inhabitants are Muslim, making Indonesia the largest Islamic nation in the world. Christians, Hindus and Buddhists comprise the remaining 12%.

Although the country is now largely Muslim, before the 11th century, Hinduism and Buddhism were predominant. The presence of these religions is evidenced by the multitude of magnificent ancient temples dotting the archipelago. The tides of religious change came in the 11th century when Gujarati traders, followers of Islam, landed on these bountiful shores. Over the next 300 years they practiced the teachings of Mohammed, spreading the word so that by the 16th century Islam had taken over as the chief religion.  Hinduism, which until then had been widely practiced (and which also came to these shores via traders from India) had to make do with second slot.

The largest concentration of Hindus now live on Bali, known as the Island of a thousand temples. Chrisitanity (initially only Catholicism), came courtesy of the Portugese spice traders in the 16th and 17th centuries. But is was the arrival of the Dutch in the 17th and the 18th centuries, who brought Calvinist values and Protestant ways to the islands. Indonesia remained a Dutch colony for over 300 years.

Indonesians have an expression when referring to their homeland. They say, ‘Tanah Air Kita’ translated ‘Our Land and Water’. It is no wonder, with a landmass of 1,919,440 square km and a whopping 108,920 km of coastline, that they feel this way. Connected by the Indian Ocean to the West and the Pacific Ocean to the east, there are 5 (or is it 6) seas to navigate around Indonesia. And there are myriad straits and passages with exotic sounding names connecting them. The Karimeta Strait links the South China Sea with the Java Sea, and the Strait of Malacca runs between Sumatra and mainland Malaysia, finally connecting with the Bay of Bengal. Ironically it is these very straits, passages, seas and oceans with their alluring names that have caused so many difficulties and struggles for Indonesia in past centuries.

Since the Middle Ages, Indonesia has been well charted on the spice route andIt is those tasty commodities that have caused so much friction. Who would have thought that wars have been fought over the humble peppercorn and trade routes established because of it? With peppercorns at one time more expensive than gold in Europe, trade from the west grew. Many merchants prospered and took advantage of the abundance of riches found growing in this distant land beyond the horizon.

Portuguese traders first dominated Indonesia. They were luredby the plethora of eastern herbs and spices which quite literally peppered the Maluku islands. Nutmeg, cinnamon, pepper and vanilla started to find their way via Venetian businessmen into the richest pantries and larders in Europe. Trade flourished, empires were built, and in the 17th century the Dutch arrived.  Keen to be part of the action, the Dutch East Indies company took control, ousting the Portuguese and settling on Indonesian soil. Unwanted, and uninvited, they remained in Indonesia for the next 350 or so years with only a small five-year gap when the English muscled in on the act too.

The warm seas and mangrove fringed coastal waters around Indonesia have some of the richest and most diverse marine life in the world. The coral reefs (what remain of them after bomb-blasting by the fisherman) are considered the best diving spots on the planet.  Indonesia’s islands are the 4th most heavily populated on earth, and second only to Brazil in their unique abundance of eco-diversity. Here the landscape is as varied as the people who live and work beneath the humid Equatorial sun. Verdant rice terraces shimmer, carved into the sides of steep hills, or spread out like sap green patchworks between villages. Dense forest and jungle make way for flat lands where tobacco, pineapple, maize and sugar plantations anchor their roots down into the rich, fertile volcanic soil. In the hills coffee, and tea plantations thrive in the mists carried down from the sacred mountains. And deep, deep inside the earth, where the heart of Indonesia pumps, so do the machines extracting coal, tin, copper and nickel and the precious oil and gas reserves of the islands.

Indonesia is perched on the notorious Pacific Ring Of Fire where an incredible 90% of the World’s worst earthquakes occur. The country has not only its share of shifting Teutonic plates to worry about, but there are 500 volcanoes, 129 of which are active. On Java alone, there are 112. Mount Merapi, the most volatile of them all, which last erupted in 2010, caused the loss of 353 lives and 350,000 people were evacuated from their homes. For the moment at least, mighty Krakatau slumbers on its island in The Sunda Strait, but for how long is anyone’s guess.

You may well wonder, having just read the above, why I should want to live in a place like this. The truth is, Indonesia gets under your skin. I didn’t fall in love with Indonesia immediately. There were many things at first, which I found upsetting, ugly and incomprehensible to my western sensibilities. But, as the months passed I developed a better understanding. I’ve even grown to love Jakarta, and now find beauty in the least unexpected places and joy from the smallest things. Like a sponge, I’ve soaked up the culture, visiting museums, art galleries and shadow puppet shows. I’ve been invited to colorful Hindu ceremonies in Bali and visited Sultan’s palaces in Yogyakarta. I’ve swum in the sea with dolphins and picked up shells on the beaches. Many weekends I’ve travelled to Bali, gazing out of the small airplane window watching the undulating Javanese landscape unfold beneath me. The swollen, chocolate brown rivers snaking swiftly to their deltas, the peaks of volcanoes bursting through the clouds, dotted the center of Java like the giant vertebrae of some pre-historic monster.

Living in Indonesia has taught me many things and I am still learning. Slowly picking up the language, meeting people, making friends, has helped to make it feel like home. Every day here is an adventure, and every day I am inspired by the culture and people that I meet. Here is a list of my Top 10 things to do when you are here!

1. Visit the Komodo dragons on Rinca or Komodo Island

2. Go to Yogyakarta, visit the Kraton and take a trip out to Borobodur – the

largest Buddhist temple in the world!

3. Watch the sunset at Tanah Lot on Bali

4. Be entertained by a Wayang shadow puppet show in Ubud, Also, try to

Forest. Take a trip to the market.

5. Hire a driver and drive up through Bali to Lovina. Catch a boat at dawn

and watch the dolphins feeding in the bay.

6. If you are living in Jakarta, catch a boat to the Pulua Seribu and spend a

weekend snorkeling or diving in the coral reefs off the 1,000 islands.

7. Climb Mount Bromo in the early hours of the morning (Eastern Java) and

the side of Mount Agung.

Explore also the traditional villages at Bajawa in their gorgeous countryside.