The last of the bags, bedding, and essentials, had been crammed into the back of the car. All that remained for me to do the moment that Irishman’s back was turned, was to smuggle in two plastic buckets. The minute I thought he wasn’t looking, I whisked them out of their hiding place and wedged them in between the front and back seats, camouflaging them with a couple of coats for good measure. Turning to shut the car door, there he was stood behind watching me. My timing was clearly not as impeccable as I had thought. ‘What do we need buckets for Lottie?’ This innocent question, coupled with the puzzled look on his face brought on a sudden pang of guilt. I’d been dreading this moment. For weeks I’d been waxing lyrical about the house that I’d bought for us in Spain. I’d extolled the virtues of rustic life, and the joys of living in an old house but, there were a lot of things I had omitted to tell him. And, why we would be needing buckets was one of them.

Three days earlier, Irishman and I had landed back in London. For the past two years Indonesia had been our home. Irishman had been helping to set up a new university in Jakarta while I spent my days trying to perfect my squatting technique whilst hovering over Indonesia’s finest porcelain, experimenting unsuccessfully with hose attachments, water and my hand in lieu of toilet paper, and generally trying to get to grips with Indonesian food and it’s challenging effects on my bowels. Our time there went too quickly and although there was the possibility of more work, we decided to quit while the going was good. In August 2013, three months before his work contract ended, I flew to Spain to find us a new home. It was an eventful 5 days, all of which you can read about here Despite the fact that I had only two days to complete my mission, I can only think that there must have been some divine intervention because on the morning of day two, I found exactly the house that I was hoping to find in a glorious part of Andalucía. On my return to Jakarta, not wishing to alarm Irishman about the amount of work and money it would need to restore it to its former glory, I found myself being somewhat economical with the truth when describing the ins and outs our new home. I failed to mention to him that A) it was going to need every last bean we had throwing at, B) there was no hot water or functioning bathroom C) It needed a kitchen and D) we were going to be having to pee and poo in buckets for at least a few weeks until we had a toilet installed.

When it pours with rain, we say it’s ‘pissing buckets’ and so as if to illustrate my point, the minute it was time for us to leave London, the heavens decided to do just that. There was a mighty downpour as we hurriedly kissed our children goodbye and jumped soaking wet into the loaded car. No sooner had we got to the end of the street than Irishman started to quiz me again about the wretched buckets. While negotiating London’s dismally grey south-circular road, and the open stretch of A3 down to Portsmouth, now seemed as good a time as ever for me to come clean to my beloved about what our new home was really like.

I’m not sure whether it was because he was feeling replete after the huge Sunday roast that I’d cooked earlier or, that the excitement of our new Spanish adventure was beginning to kick in, but, as I revealed the real truth about our new home , Irishman appeared to take it all in his stride. He even laughed when I told him that the whole house needed re-wiring. Perhaps in hindsight it was a nervous laugh, but the fact he laughed at all, encouraged me to think that my worst fears were unfounded and that whatever greeted us the other end, he’d embrace with the same fervour and enthusiasm that I had three months ago.

We had both been looking forward to our ferry trip from Portsmouth to Bilbao. There is something very romantic about boarding a ship and setting sail. In my wildest fantasies I had imagined us out on the deck, waving to the cheering crowds down on the quayside, a white handkerchief in my hand. A brass band, triumphantly serenading the voyagers, and myriad cries of ‘Bon Voyage’ as finally the anchor was hauled up and the boat slowly steamed out of the harbour. I’d even imagined us being invited to join the Captain at his table later in the evening. 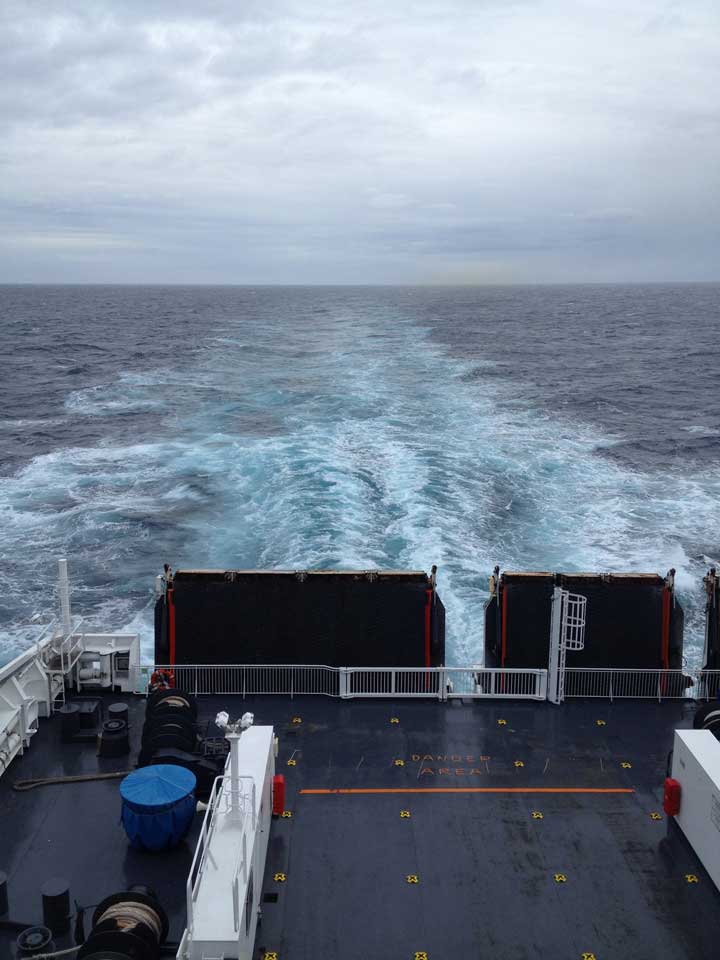 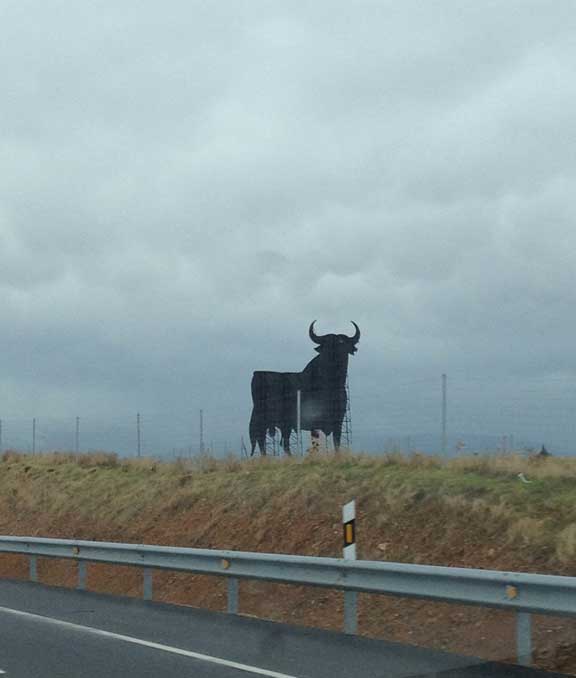 But alas, our 32-hour ferry trip on Brittany Ferries was nothing like this at all. When at last we did set off, it was gone 10pm. It had been a long day and after 2 hours of my confessionals on the road, it was definitely time for a drink. As we sat in the bar, I surveyed our fellow travellers. (Irishman always says that I cut a very fine line between people watching and being plain nosey, but that’s just the way that I am). They were a motley bunch, mostly British and mostly elderly or middle-aged. The women all had platinum blonde hair, were tanned and had very wrinkly decollages . The men had big bellies and wore lots of heavy gold chains around their necks and wrists. I wondered if this is what Irishman and I might look like in a few years? There was no band playing, just a tanoy that crackled endlessly, relaying information about Bingo, karaoke and line- dancing classes on the various decks. Back to back episodes of Coronation Street and The Jeremy Kyle show were playing on the TV screens dotted around the bar area. My heart sank watching this scene. If this was a glimpse of contemporary Britain, I couldn’t wait to be sitting on my bucket amidst the olive groves of Southern Spain.