Looking on the bright side, having a car with a mind of its own did mean that we got to meet most of the villagers on our first day. Perhaps not the most orthodox social introduction to the people whose lives and work revolve around the olive trees and groves but it was a good start and an icebreaker of sorts. 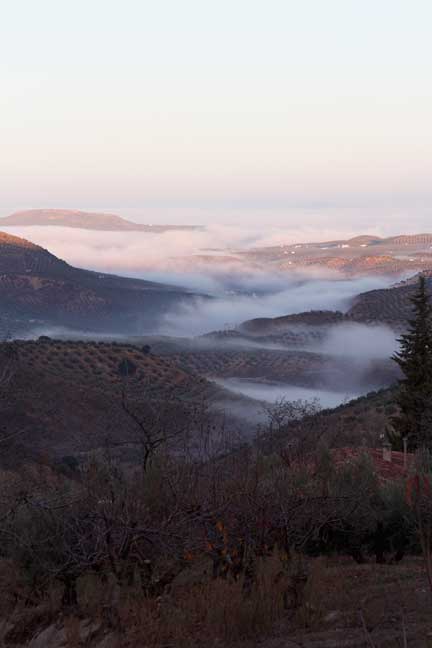 Remembering people’s names has never been my forte but fortunately, here in the village there’s a proliferation of men all with the same name, Juan. This is great for me as if ever I am in any doubt as to what someone male here is called, I know that I’ve got a 60% chance of getting their name right. There is however just one problem, knowing which Juan is the Juan being referred to in conversation. It’s now become something of a standing joke between Irishman and myself whenever a Juan is mentioned ‘Which Juan? That Juan or This Juan?’

It was ‘That Juan’ who famously came to sweep our chimney. A couple of days after we’d moved in to our new home, I mentioned to Irishman that we really should get the chimney swept. I’ve been paranoid about house fires every since our farmhouse caught fire years ago when we lived in North Yorkshire. It wasn’t the chimney that caught fire but the wood burning stove’s pipe had been installed too close to the wooden ceiling and on a tempestuous January evening whilst we were out, it set fire to the ceiling beams and 40% of the house caught on fire. When we returned from our evening out, the house was a blaze and to this day (this was pre mobile phones) I still don’t know how he managed it but my first husband risked life and limb by crawling into the house to call the fire brigade. After what seemed like an interminable age we heard the siren of the first fire engine. However, our relief was short lived as it came to grief on our steep, winding farm track and rolled over onto its side. The second fire engine had to be towed by a neighbouring farmer’s tractor 1.5 miles through the top meadows to the house. Our story, and the heroic attempts by the firemen to save our home made front-page news of The Yorkshire Post the following day.

Not wishing to relive that particular experience I wanted to find someone to sweep our chimney sooner rather than later. Since Paco and Antonia were our first port of call for everything in the early days, it gave us a perfect excuse to go round to the bar, have a drink and ask their advice.

‘I’ll give Juan a call’ Paco poured our drinks and soon was on the phone to Juan. ‘Which Juan do you think he’s calling?’ I asked Irishman ‘This Juan, That Juan or the Other Juan?’ to which we both burst into fits of giggles. It was pointless trying to explain our mirth to Paco. Even if we had the Spanish, our childish humour would have got horribly lost in translation. 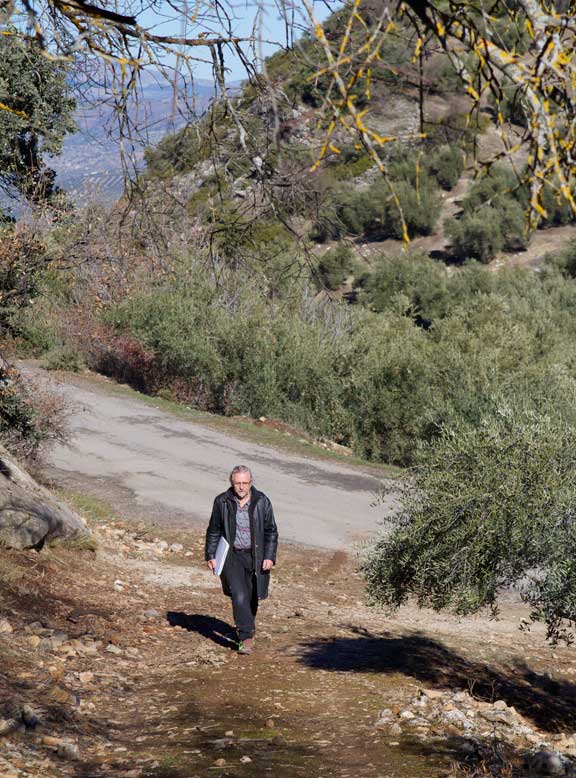 We’d hardly started our second beer when That Juan turned up accompanied by his mate, Jose. They’d been working hard all day so it seemed only right and proper that they should relax and have a few drinks before they tackled our chimney. When at last they deemed themselves suitably hydrated, we walked back with them to our house. That Juan took a large bunch of twigs out of his van and handed them to Jose who then went inside to the fireplace. That Juan then leapt onto a low wall and nimbly climbed up, and onto the roof. A spot of showing off and machismo then took place as he ran along the ridge of the roof dislodging a few tiles as he went. Irishman and I stood open-mouthed watching from the field above the house. 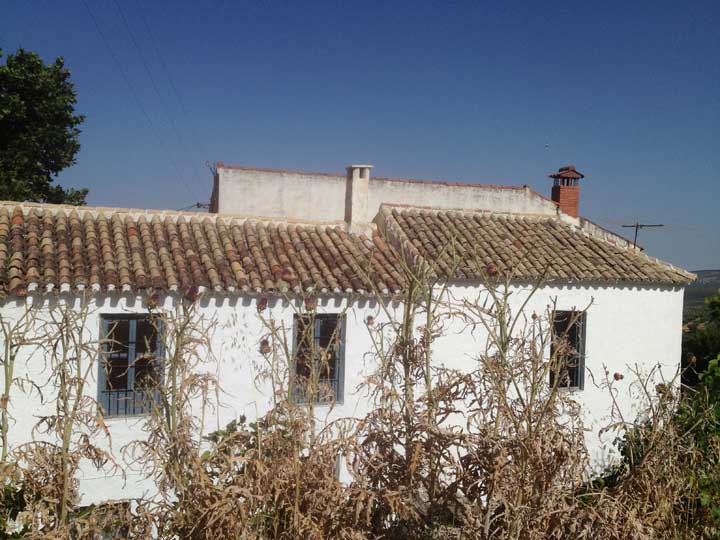 Standing by the chimneystack, That Juan then hollered down to Jose that a rope was on its way down. A few minutes later Jose had tied the bunch of twigs on to the rope and then with a bit of pulling and tugging, That Juan then hauled it up to his end of the proceedings. With much laughter and loud singing, Jose then pulled it back down. Up and down, up and down went the bunch of cherry twigs until the Laurel and Hardy duo felt confident that the chimney was soot free.

With a theatrical flourish to show that their job was finished, That Juan took a bow. His audience of two clapped in appreciation and everything would have been just perfect if he hadn’t then slipped. The only thing he could do was to grab the chimneystack to break his fall. Seconds later he was up on his feet with the broken chimneystack in his hands ‘Oh dear! I’m terribly sorry’ he shouted down to us ‘I’ll come and fix it mañana’. Irishman winked at me ‘We both know what that means’ ‘Yes, we sure do’ I replied ‘I think he’s pulling a fast Juan’ and with that we walked back down through the field to the house.

32 thoughts on “Which Juan? That Juan? Or This Juan? Or The Other Juan?”