Within a week or so, quotes starting arriving for the various building works that we urgently needed to do. So far we’d been lucky with the weather. Although it had become cold at night, each morning the sun would burst through the cracks in our bedroom shutters, heralding the start of another warm, sunny day. By now it was early November and it was only a matter of time before the weather changed. We needed to get a bathroom and kitchen installed as soon as possible. It is one thing cooking and washing outside when it is warm, quite another when you are ankle deep in snow.

Yet again we turned to Paco and Antonia for advice. Paco poured himself a whisky and earnestly studied the building quotes that I’d handed him. I could tell from his expression that he was not impressed with the figures that we’d been given ‘I’m going to make some calls Lottie’ ‘We can do much better than this’ and with that he whipped out his phone and started to make some enquiries.

In the early days at the house, we had nothing to cook on save a tiny, one ring camping stove. Antonia popped round most days to see how we were getting on and was amused by the various buckets in the yard and piles of clothes that I was hand washing in the traditional outside washing tub. She never enquired how we washed ourselves, but I think she guessed it was a strip-down job in freezing water in the yard. One morning she told me to come over to her house. Out in her garage was a white cooker, which she’d been cleaning. ‘This is for you if you would like it?’ ‘The oven doesn’t work and it’s old but you can boil up hot water on it and it will be easier to cook on’ I was so taken aback by her kindness that I burst into tears ‘You silly woman’ she said giving me a hug ‘It’s nothing, you are my neighbour’

Having a cooker back in our lives made a huge difference. We bought a gas bottle and for the first time since we’d been at the house we had the luxury of hot water for washing ourselves, our clothes and for the washing up. The cooker was initially installed in the old outside kitchen, but depending on where the builders needed to be working, it moved to various parts of the house and even outside for awhile when the rubble and dust in the house got too bad.

Paco and Antonia were not the only ones that bent over backwards to help us, other folk in the village also started to give us things. Bags of tomatoes, green peppers and pomegranates started appearing on our doorstep. Gifts of wine, tapas, a box of persimmons and then, a spate of hares. The first hare was gifted to us by one of the local hunters one evening when we were in the bar. He went out to his Landrover and came back inside with the unfortunate creature in his hands. Fortunately Irishman and I are a dab hand when it comes to skinning bunnies. Both brought up in the country, we are used to the nitty gritty of rural living. Within the hour, the hare was skinned, gutted and jointed and prepared for dinner. Word of our enthusiasm for game soon traveled round the village and in no time we had a glut of these furry critters being gifted to us. There is only so much rabbit and hare that we could face eating in a week and so in the end I had to ask Antonia if I could store the surplus in her freezer.

One lunchtime there was a knock on the door. It was Manolo. The very same Manolo whose car, our car had run into on our first day in the village. ‘I’ve got a present for you Lottie’. Now, it needs to be said that we never did pay Manolo for the small amount of damage to his brother’s car. Antonia was adamant that another few knocks and scratches here and there on the beat up car was not going to be the end of the world. So we took her advice and left things as they were, namely that we’d sort it out ‘mañana’. I was therefore a little nervous when Manolo turned up saying that he had something for me. Was this going to be a case of ‘Beware of Greek’s bearing gifts’? He opened up his jacket and there, nestled under his arm was the most divine puppy that I’d ever seen. The colour of caramel, it’s coat smelling of milk, it’s tiny tail wagging….Oh how could I resist? 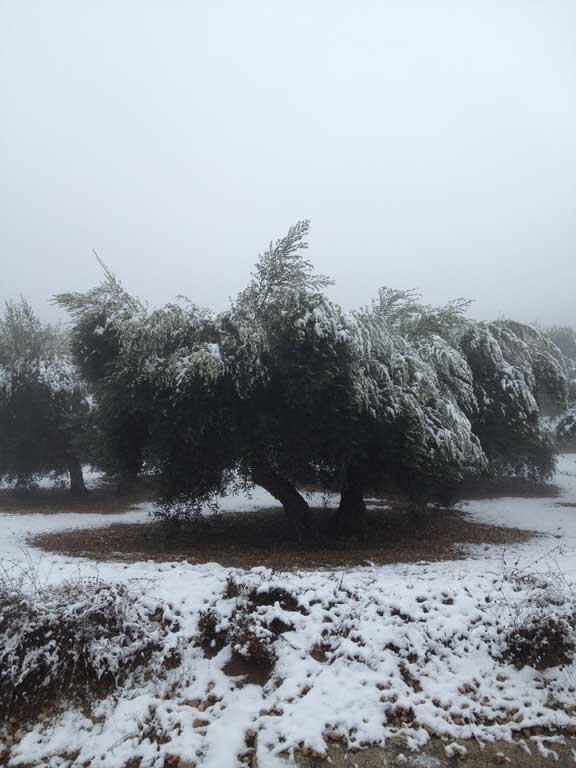 42 thoughts on “My Cup Runneth Over”