No sooner had the frenzy of chorizo and sausage making finally ground to a halt and the last rings of La Matanza’s prized morcilla been hung out to dry, than it was time for the start of olive harvest. It was now early December and the pace of our sleepy village suddenly moved up a couple of gears. All round the pueblo, rooms were being prepared for the flood of seasonal migrant Moroccans who’d arrived to join the local workforce. Some came with their wives and families but for most of the men, their three-month spell in the olive groves of Andalucia would be spent away from family.

At first light each morning they would gather outside the bar, drink their fill of strong, sweet black coffee, and chain smoke cigarettes before setting off to work in the groves. With the olive harvest now in full swing the stillness of the valley was broken by the constant whirr and buzz of machinery and the sound of tractors and trailers as they rumbled down rough farm tracks and through the village to the olive mill.

Before I moved to Spain I have to admit to never having given much thought to olive oil. It’s something that I’ve always used in cooking, dressed up salads with and on rare occasions made mayonnaise with but until I lived here in the village, I’d never really considered just what it takes to produce olive oil. It is hard to escape olives here; they are everywhere, as far as the eye can see and for hundreds of miles beyond. This part of Andalucía is not just the largest olive growing region in Spain; it is the largest olive growing region on Earth. The olive is so woven in to the fabric of daily life here that it would be hard to ignore it; even the village school is called El Olivo. 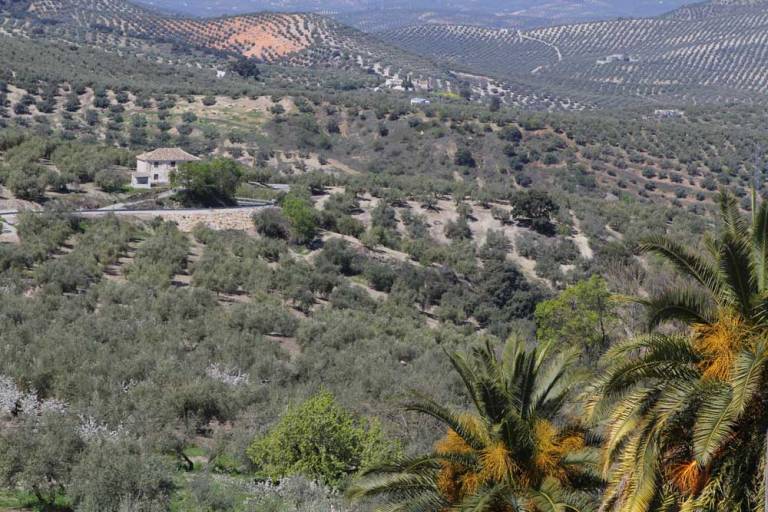 I knew that the harvest was hard work, not from any physical exertion thus far on my part, but I’d been in the bar enough times at the end of the day to witness the workers coming in exhausted, straight from the groves. Their hair matted with sweat, boots and clothes caked with mud, aching limbs scratched to shreds from the trees; it was a wonder they even had the energy to even raise a glass of beer to their lips. And so in my madness one evening I volunteered myself for a stint in the groves. The words ‘I’ll help’ had hardly slipped out and already I was regretting my largesse. 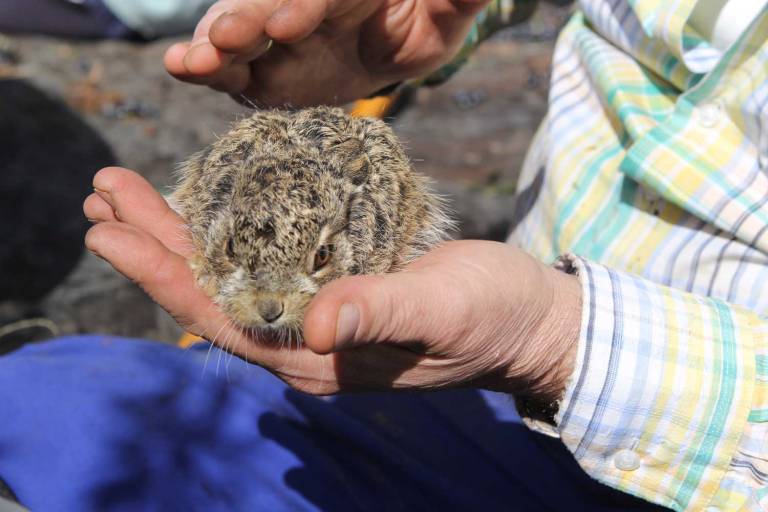 But when the day dawned for my turn to help out in the groves, I had a cunning plan up my sleeve. I’d use my bad back as an excuse to wriggle out of a full days work. Surely a morning of hard labour would be enough to show willing? I was doing this for love after all. I penciled down some useful words like ‘about to die’ ‘phone an ambulance’ ‘I beg you, let me go home’ and stuffed them in my pocket to use later when the going got too hard.

Antonia and Paco were hard taskmasters. We started at 9.30am worked solidly for 2 hours and then had a short break. Already at this point that I was beginning to seize up, I felt in my pocket for my piece of paper and list of excuses. No sooner had I found it than I was being given my marching orders to drag the nets over to the next row of trees. Damn, damn, damn, I’d have to now wait till lunchtime for my escape. We worked for another 2 hours, dragging the increasingly heavy nets full of olives slowly row by row as the trees where shaken and beaten with sticks. It was a cold day, overcast at times and the previous weeks rain had made the ground hard to walk on, mud stuck to everything and it was like wading through treacle getting around between the trees. At last it was lunchtime and everything stopped for an hour. Rugs where put out on the grass, bottles of sherry, wine and cans of beer opened, and a feast laid out including bread, and all sorts of cuts of pork, chorizo, salchichon made after the matanza. 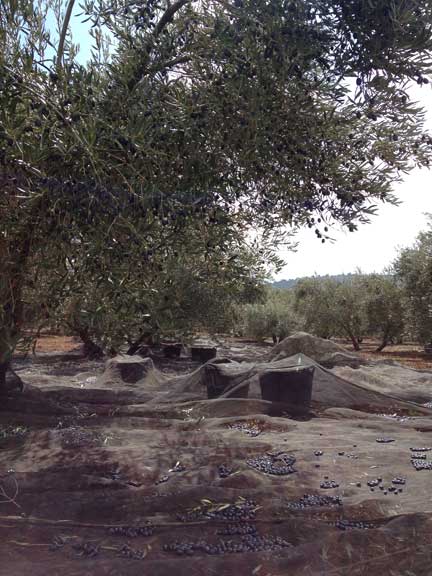 ‘Is everything ok, Lottie?’ ‘Are you tired yet?’ This was the moment that I’d been waiting for; I pulled my the crumpled piece of paper out of my pocket with the list of excuses and read them out in my finest Spanish. There was a roar of laughter followed by a hard slap on the back from Paco ‘No way are you chickening out and going home’ and he poured me another glass of sherry. ‘We’ve got lots more work to be done, we need you here, not at home!’ I could have wept, my escape plan had failed abysmally and now I was stuck. Antonia took pity on me, she could see that my back really was giving me grief and suggested that I go off with Paco with the first trailer load of olives to the mill. 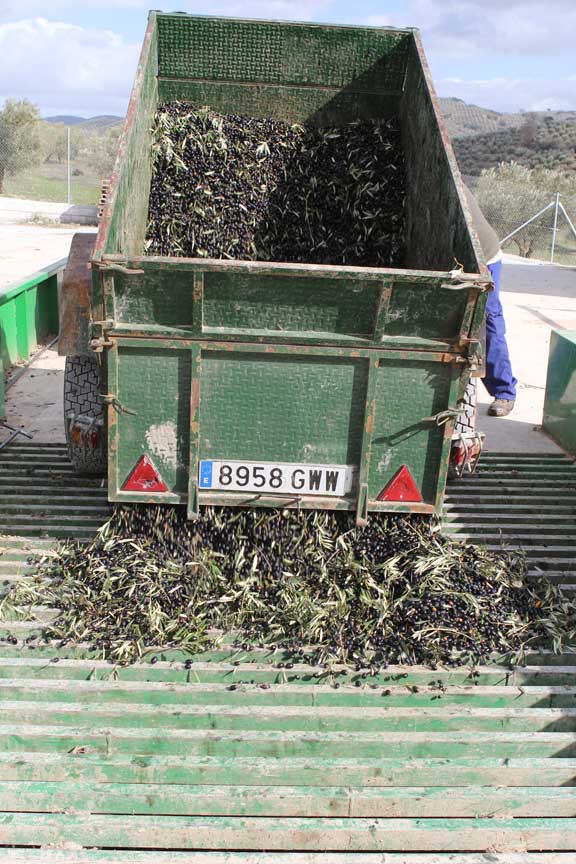 Driving through the country lanes with Paco and the trailer load of olives I wondered how all my neighbours had the energy to do this day in and day out for 3 months every year. The only respite they got was when it rained and the sodden land made it impossible to work. And the trouble with the wind and rain is that not only can it stop work for days, but it makes more work with all the windfalls that have to be then blown and swept in to piles afterwards and cannot be sold for as much money.

The mill that Paco sends his olives to is close to Montefrio. It is enormous and very modern. We emptied the trailer’s load on to the weigh-bridge and then watched as the olives made their way up a huge conveyor belt and in to the washers. A tiny sample of the olives was then collected by the owner of the mill who then sends them off to a laboratory to be analyzed for oil content, the better the quality of olive, the higher the value. Paco was then given a print out of the weight, time and date of delivery. 3,500 kilos was the amount that we had picked and gathered before lunch, not bad for a mornings work.

By the time we’d finished at the olive mill and driven back to the others still hard at it in the groves there was just an hour and a half left of the working day. I kept working but it was at snail’s pace and I found it physically easier to get down on my hands and knees and crawl round the tree gathering up any spare olives than to bend down to pick them up. I must have looked quite a sight but I was beyond caring, at least I’d managed to do the full day. Now I was just counting down the minutes till I could open the wine and take a handful of codeine.

You might have noticed that Irishman has not yet had a mention in this post. He cleverly made some feeble excuse early on about not being able to help out – the rat. But such is the luck of the Irish because a month later when finally, after the last of the olives had been picked and the harvest was done for another year, Antonia invited both of us to join in with the end of harvest celebrations. It was a warm, sunny Sunday in early March and we had been bidden for 1pm. Out side the bar, a fire had been lit to roast lamb, pork and beef on. Inside the bar a long table had been set, around 25 places in all. The women were working setting out plates and baskets of bread and the men, well the men did what they do best, sat and talked and drank. Of course Irishman was not going to get off lightly for not helping out with the harvest, he was the butt of Paco’s jokes for at least an hour after we all sat down to eat but what a feast and what a happy occasion. Everyone that had helped out with the harvest was there, and we were treated to a great feast that went on until we were fit to burst.

And finally, some olive related factoids for you – you never know, they may come in handy in a pub quiz some day.

1. Spain is the largest exporter of olive oil in the world, 75% of which is grown in Andalucía making this area the largest olive growing region on earth.
2. It takes between 4/5 kgs of olives to make 1 litre of oil.
3. Each tree produces around 15-20 kgs of olives meaning that a farmer can expect to produce 4/5 litres of oil per tree.
4. Italy imports huge quantities of olive oil from Spain where it is then rebottled, packaged and sold as Italian olive oil!
5. Olive trees are pollinated by the wind; you need male and female trees for fruit to grow. One male to every 10 females. The trees here are planted as male/female pairs.
6. Olive trees need 5 years to grow before they can first be harvested. Some olive trees still bear fruit at over 1,000 years old.
7. Extra virgin olive oil can only be made from the olives picked from the trees. The windfalls are made in to inferior olive oil.

And now, after having spent my first winter here and seen the work that goes in to producing olive oil, I vow to never, complain about the price of olive oil ever again. Writing this post today in April, 8 weeks after the end of harvest, the work in the groves still doesn’t stop because for the past 6 weeks, farmers have been pruning their trees and cutting up logs to sell for the winter. Spring time is also when the groves are sprayed with insecticide. 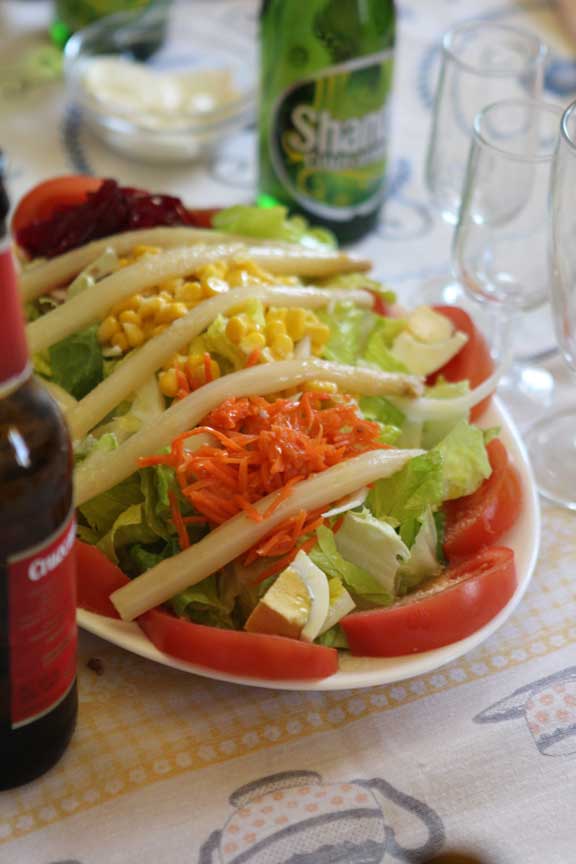