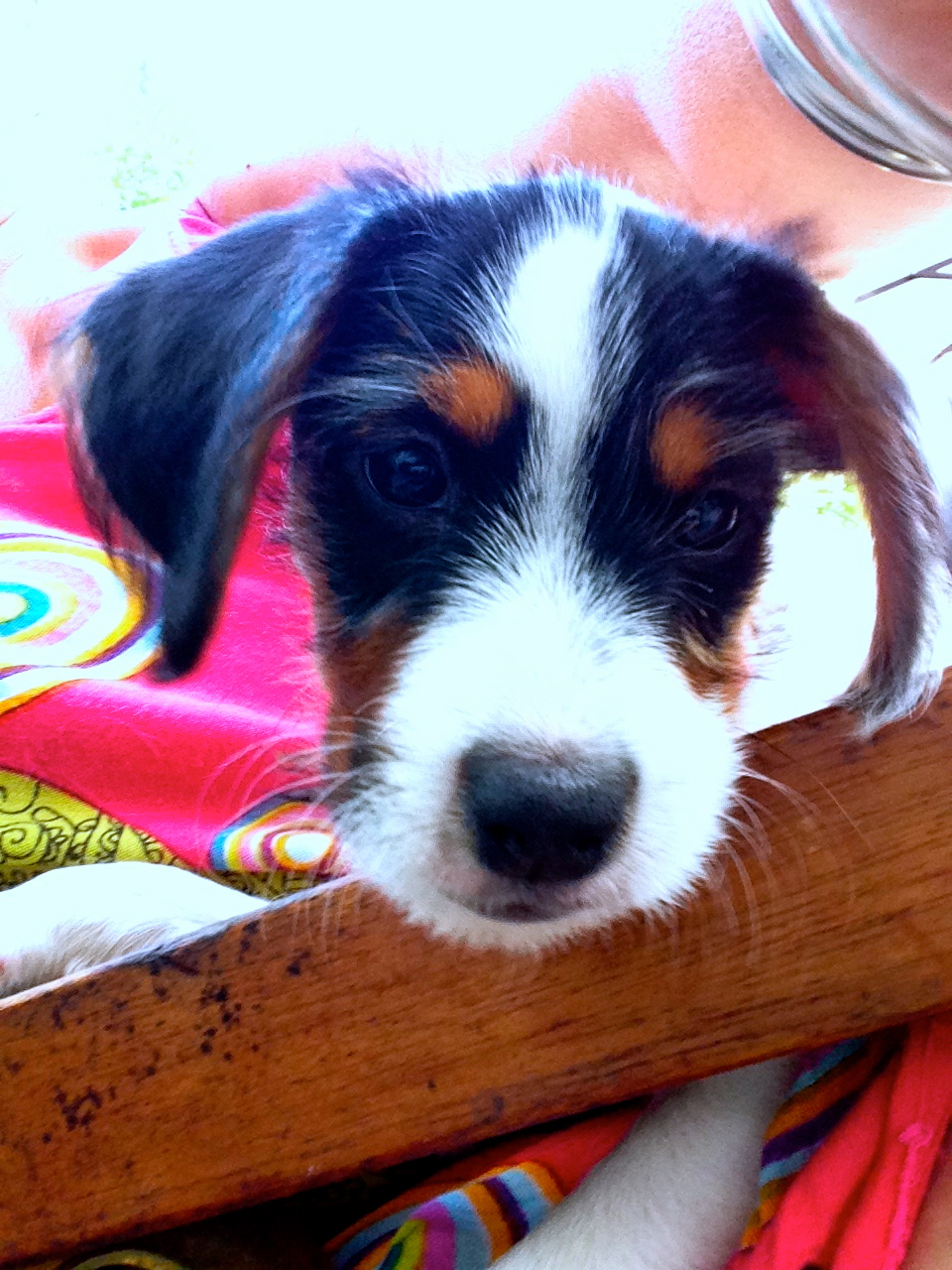 Just as Irishman and I had finally got some semblance of order back in our lives, there was a knock at the door. Stood on the doorstep was my dear friend Mo with a tiny puppy in her arms.

The little scrap was crawling in fleas and shivering. Over night some callous person had dumped the pup in her garden, no doubt in the hope that some English sucker would find the poor mite and take on the responsibility of their unwanted puppy. Unfortunately this is a common occurrence here. Understandably Mo didn’t want to be saddled with a puppy, and besides she was about to leave for the airport so what were we to do?

As luck would have it, the scruffy mite was almost the dead spit of Colin. Similar markings, same waggy tail and eyes that screamed out ‘Love me!’ How could I resist?

There was however, one hurdle to get over. How was I to convince Irishman that we needed another dog?

‘NO!’ ‘The answer is N.O!’ ‘But PLEASE’ I begged, ‘PLEASE can’t we keep her? I promise that I’ll mop up all the wees and pick up the poos and she’ll be as good as gold, and she’ll keep Colin company when we are out. Look, she’s JUST LIKE COLIN!’

Irishman was furious. ‘It won’t stop at just this one Lottie. If word gets round that we’ve taken on this dumped puppy, every bloody Tom, Dick and Harry will think that they can start dumping their unwanted puppies and kittens on our doorstep and I’m not having it!’ Irishman was looking decidedly cross patch.

It was time for amateur dramatics. A few tears should do the trick. I managed to squeeze a couple out and put on my best Really Sad face. Colin looked sad too. We both stared dolefully at Irishman, willing him to change his mind. Fortunately it took all of five seconds.

‘Oh bloody hell! All right then BUT this is the last time. Do you understand?’ ‘NO MORE ANIMALS!’

And so that is how, 5 weeks ago today, Wilma White came in to our lives. We whisked her straight down to the vet to be checked over and were told that she was only about 3.5/4 weeks old. Who ever dumped her, I was going to have their guts for garters. Muggins here was going to have to do round the clock feeds for at least ten days.

Three days later there was another knock at the door. My heart sank. This time it was a kitten. The difference this time was that it wasn’t a total surprise as we had been enquiring around the village if anyone had any kittens. That was of course pre-Wilma. How was Uncle Colin going to take to a new puppy and a kitten in the space of just three days?

Well as you can imagine, he wasn’t that thrilled. Every time he saw the kitten he licked his lips in anticipation of devouring her, and his initial interest in Wilma had most certainly waned. After some nasty nips and don’t mess with me growls from him, she decided that the safest place to be was on top of the dirty washing pile in the bathroom.

Wilma and Willow are now inseparable. They eat together, sleep together, play and fight together. I spend most of my day trying to rescue Willow from Wilma’s clutches. She has a wont to drag the kitten round the garden by her ear. But kitty seems to love it as no sooner than I’ve saved her, she’s back to chasing after Wilma and biting her back. Uncle Colin looks on. His expression alternates between utter disgust and a hint of love. He’s the only one of us who has any control over Wilma’s penchant for biting. One growl from him and she’s like putty in his hands. When I try it she just thinks it a game. Every single dress I possess now has rips in the back of them from her vicious fangs and trying to get around as she hangs of the end of my flip-flops is a joke.

For the past month there’s been no time for drawing or writing so Matias & Marcela have had to take a back seat for the moment. More infuriating is the fact that we are still no closer to starting work on the house in Alcala. Last week I was excited to be contacted by a well-known TV station in the UK. They were interested in featuring Pete and I in a programme that they are making about Brits starting businesses in the south of Spain. My preliminary telephone interview was going swimmingly until I had to admit that there was no way on earth that work on the house was going to be finished by the end of October, the last date that they are available for filming. Dammit! We were SO close to TV superstardom, I could almost smell it! 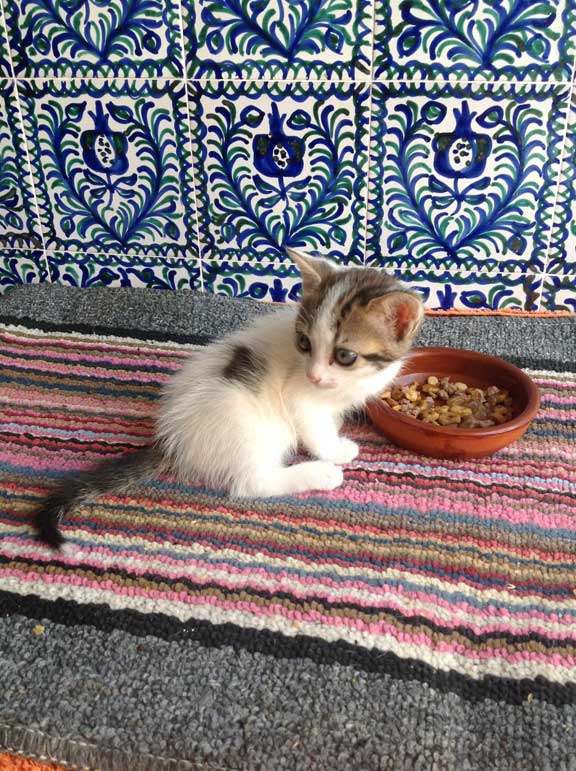 50 thoughts on “Busy With The Pooper Scooper”